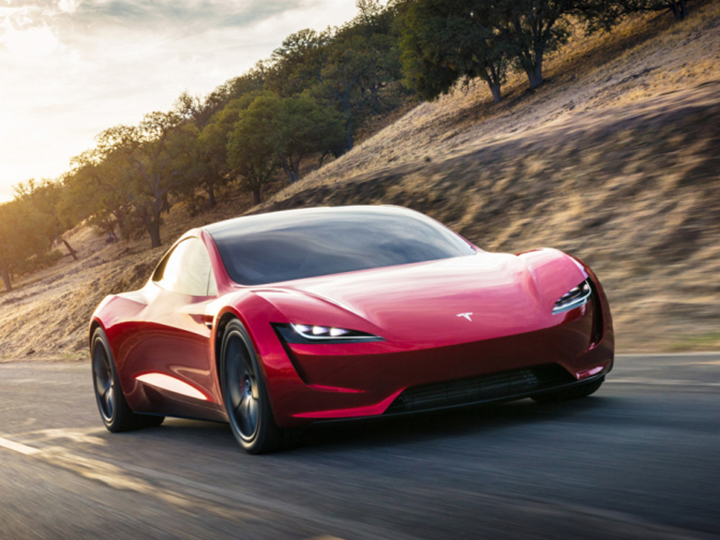 Tesla launches of one of the world’s fastest cars

After launching an electrified truck, Elon Musk casually dropped one of the most significant sports cars ever launched.

Making good on an earlier promise to revisit his original product, Tesla Motors CEO Elon Musk sprung a surprise announcement of an all-new ultra-performance Tesla Roadster at a press conference on November 16 — an event scheduled to introduce a new battery-powered truck. The all-electric sports car sprints from a standstill to 100km/h in a mind-boggling 1.9 seconds and rockets through the quarter mile in just 8.8 seconds. Claimed torque at the Tesla Roadster’s wheels is an astonishing 1000Nm, which explains its ability to launch so quickly. The Roadster’s official top speed will be more than 400km/h. “The point of doing this is to give a hardcore smackdown to gasoline cars,” Musk enthused when he presented the Roadster. The new car “will be the fastest production car ever made, period,” he continued with characteristic restraint. The car’s massive 200 kilowatt-hour battery pack provides an astounding 1000 kilometres of driving range. Perhaps even more surprising is the fact that the sleek machine contains seating for four, rather than the expected two, thanks to the compact size of the electric four-wheel drive system. Though Tesla has been suffering well-publicized production headaches with the Model X and Model 3, a low-volume model like the Roadster is in the company’s wheelhouse and should not face similar obstacles when it comes to meeting demand. And as Tesla hasn’t set a delivery date, it can’t miss the target anyway.