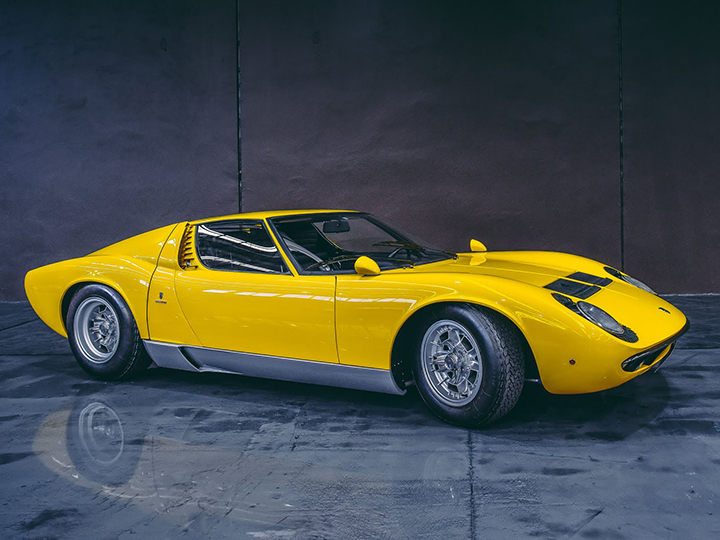 Rare classics up for grabs at Gosford auction

If you’ve ever wanted to get your hands on one of Italy’s finest sports cars, your moment is at hand.

If you’ve ever wanted to get your hands on one of Italy’s finest sports car, a 1968 Lamborghini Miura, your moment may be at hand.

An example of the iconic supercar along with some of Australia’s most prized vehicles will be auctioned in what is tipped to be this year’s most unique car auction, at the Gosford Classic Car Museum on Saturday, October 28. There will be up to 70 classic cars on sale, with prices ranging from $50,000 into the millions. According to Steve Allen from auction and valuation specialist Pickles, diversity is what makes this auction so special.

“Everything from entry-level old Australian headliners like Leyland P76 right through to the Lamborghini, and a great mix of mid-range European sports cars, American muscle cars, older sedans and English sports cars. There’s just such a wide range of choices for the buyer,” he says.

Here are five cars to watch out for: There are fewer than 100 examples remaining in the world and the model remains in incredibly high demand with collectors and investors, due to a small production run. According to Allen, the price guide is somewhere around the $500,000 mark.

This car was the world’s fastest street-legal production car when first introduced, boasting a top speed of 195 miles per hour (314 km/h). It has a price range of around $2 million.

Considered Italy’s most iconic car, this sports car was produced by Italian automaker Lamborghini between 1966 and 1973. Allen predicts this car might go for around $2.0-$2.5 million

This classic vehicle had the longest production run up to that date of any Aston Martin model and has a price guide of $400,000 to $500,000.

The 1969 Camaro is considered one of the most popular Chevrolets and with its collaboration with Chip Foose, the result is a unique high performance vehicle that has attracted a lot of attention. Allen believes this one has a guide of $240,000 to 270,000.

Tickets to the auction are $25, while limited VIP tickets for $100 include a premium auction catalogue on arrival, front row seats, drinks, canapes and a VIP after party.