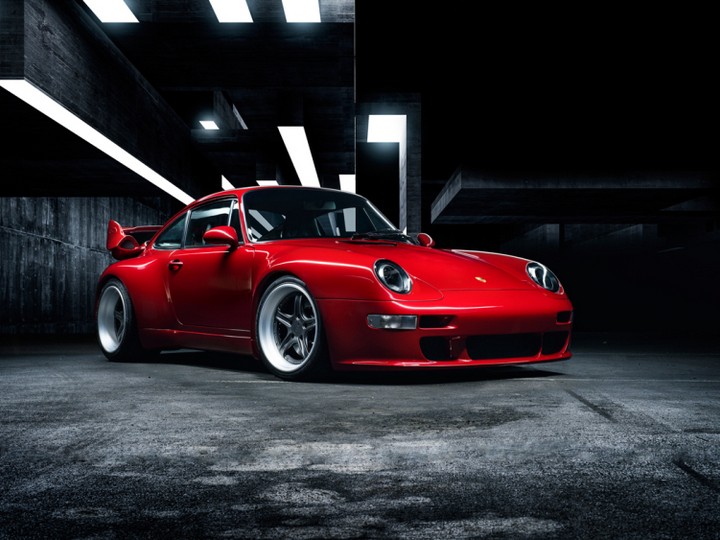 Possibly the most perfect Porsche ever produced

The engineers and designers at Gunther Werks have built off the brilliance of the Porsche 993 and made it even more sublime.

“If I have seen further, it is by standing on the shoulders of giants.” — Sir Isaac Newton

The famed physicist’s words, expressed in 1675, provide timely testament to a recent automotive discovery — the Gunther Werks 400R. Based in Orange County, California, the engineers and designers at Gunther Werks have built off the brilliance of the Porsche 993 — the last air-cooled car in the marque’s 911 line — and made it even more sublime.

“The 993 is considered by all Porsche enthusiasts to be the best 911 variant made to date,” says Gunther Werks’ chief executive officer Peter Nam. “The performance and beautiful design of the 993 combined with new technology are ingredients for success.”

Nam’s recipe for the ground-up remastering begins with a 993 donor vehicle that must be a street-legal example from 1994 through 1999. Gunther Werks then crafts a hand-built body — considerably wider than the original — comprised entirely of carbon fibre (save for the doors and mirrors). The trick was staying true to 993-designer Tony Hatter’s original aesthetic.

“The greatest challenge was keeping this car period-correct from a design standpoint while modifying it,” explains Nam. “We had to interpret Porsche’s design language so that we didn’t lose the essence of what everyone loves about the 993.” “The newer generation doesn’t understand the passion for cars that mine has,” says Nam. “One of the reasons I wanted to take on this project was to inspire the younger generation to learn how to drive a manual transmission. I want this car to be something my young son can enjoy 10 years down the road.” The Gunther Werks 400R, developed by 35 technicians and representing 5,300 hours of labour, debuted to the world on August 18 at the Quail, a Motorpsorts Gathering in Carmel, California, as part of Monterey Car Week. Southern California’s car-minded community was also given a peak during a reception at Pirelli P Zero World in Los Angeles. There, Nam held court with his coupe as it amassed admiration from collectors and connoisseurs. When asked to describe the 400R driving experience in one word, Nam did not hesitate: “Emotional.”

Only 25 examples of the 400R will be made by Gunther Werks. Current owners of the 993 can expect to pony up at least $525,000 ($A662,400) for the transformation, while those without the preliminary Porsche can have one sourced by Gunther Werks at additional cost. Deliveries of the limited-edition production are scheduled to start at the beginning of next year.