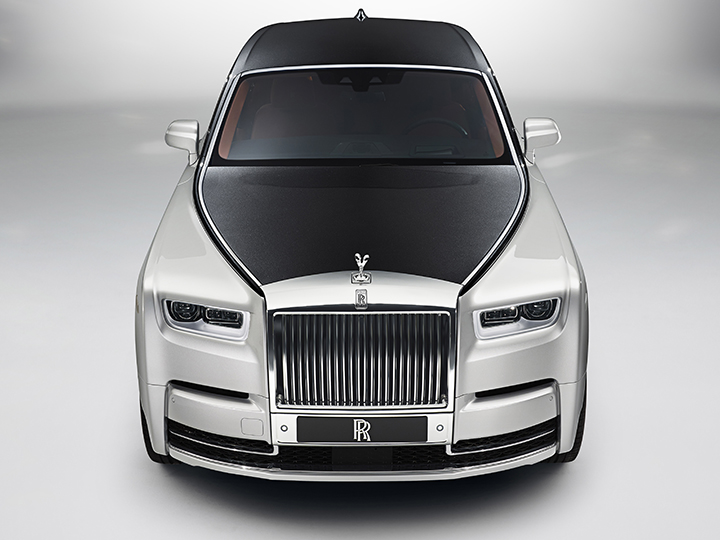 A first look at the eighth generation of the car described as ‘the ultimate luxury product in the world’.

The latest in a long line of the most revered model from the world’s most upmarket brand reveals a car that continues Rolls-Royce’s pursuit of refinement.

Described as “a dominant symbol of wealth and human achievement”, the Phantom VIII is the first new release in the company’s flagship model since 2003, and is said to bring new levels of refinement via several key innovations.

The car is underpinned by a new all-aluminium subframe architecture – which it calls “The Architecture of Luxury” and is set to underpin all future Rolls-Royce models. In a subtle swipe at its competitors, Rolls-Royce asserts that “no future Rolls-Royce will be of monocoque construction, as used by mass-manufacturers and some mass-luxury brands”.

“Whilst the majority of so-called luxury manufacturers are limited to sharing individual platforms in a specific sector with mass brands for say their SUV or GT offerings, thereby introducing unacceptable compromise, Rolls-Royce will be uncompromising in only using its own architecture across all its motor cars, whatever the sector,” it says. Rolls-Royce Motor Cars Chief Executive Officer Torsten Müller-Ötvös says settling the architecture was a breakthrough moment. “Every one of our customers – each a connoisseur of luxury in the extreme – were asking for something more individual to them, not less. We were adamant that that was what they should have,” he says.

Lighter and stiffer than the underpinnings it replaces, the new architecture rolls on a new generation of self-levelling suspension that is said to improve the famous “Magic Carpet Ride”.

“The suspension makes millions of calculations every second as it continuously varies the electronically controlled shock absorber adjustment system – reacting to body and wheel acceleration, steering inputs and camera information,” it says. As well, a stereo camera system mounted high on the front windscreen monitors the road ahead and adjusts suspension settings proactively rather than reacting after a bump has been struck.

The car boasts the largest single component ever made by either Rolls-Royce or its parent company, BMW Group – an ‘Electronic Architecture’ that includes safety and convenience features such as Night Vision, a 4-camera system with Panoramic View, a 7×3-inch high-resolution head-up display, a WiFi hotspot, and latest navigation and entertainment systems.

The 6.75-litre V12 engine is twin turbocharged and outputs 420kW and 900Nm, and mated to a ZF eight-speed gearbox with satellite-aided gearchanges, it results in “calm low-speed progress associated with state occasions, and an unfussed surge of power when one needs to press on”. Stepping into the rear of the Phantom VIII – the majority of the car’s owners are likely to choose the back seat rather than the front – brings what Rolls-Royce calls “The Embrace”.

“It re-defines Rolls-Royce comfort and refinement – already the benchmark for any carmaker – to create a detoxifying environment whilst cocooning the occupant in the finest of materials,” the maker says. Rolls-Royce has reworked the interior to provide an even more luxurious experience to its wealthy clientele, including the largest Starlight Headliner ever produced and restyled seating and materials befitting its claim to be “the world’s leading luxury item”.

Catering to the whims of its owners, many of whom have substantial art collections, Rolls-Royce created “The Gallery”, a formerly vacant position on the dashboard that can be adapted to represent an artwork of the owner’s choosing. In aesthetic terms, the hand polished, stainless steel grille sits half an inch higher than before and is more integrated into the nose of the car, while new headlights are claimed to be “the most advanced laserlight system of any motor car” capable of illuminating up to 600 metres ahead.

Says Rolls-Royce Director of Design Giles Taylor: “Phantom is the epitome of effortless style, an historical nameplate that occupies a rarefied space in the luxury constellation and conjures a rare magic all of its own.”