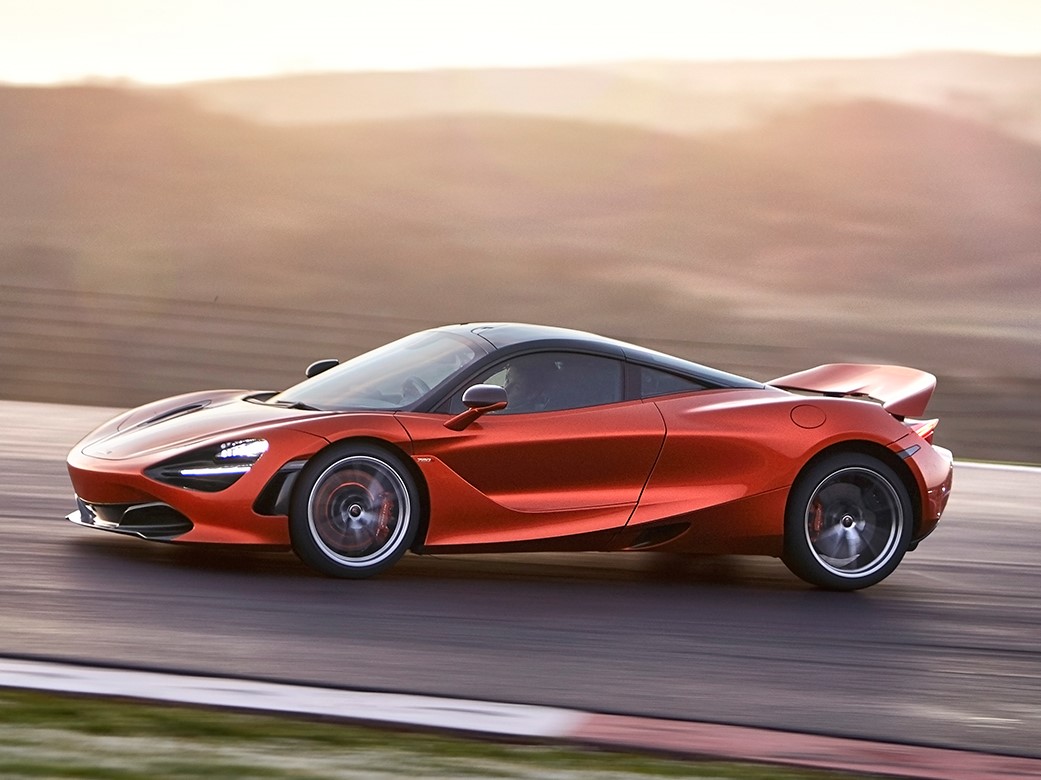 McLaren introduces the most anticipated supercar of 2017

The 720s comes with a new arsenal of ordnance from the British company known for pushing the limits.

The big news at this year’s Geneva International Motor Show is the debut of the McLaren 720S, the new linchpin of the British automaker’s Super Series. It replaces the acclaimed 650 and 675 series, and with it comes a new arsenal of ordnance from the company known for pushing the limits — on the track and on the street. The centre of technical attention here is McLaren’s new M840T engine, a 4.0-litre twin-turbo V8 that replaces its 3.8-litre predecessor and revs all the way to 7500 rpm. More than 40 per cent of this engine’s components are new, resulting in enhanced performance, better fuel efficiency, and fewer emissions. Longitudinally mounted and driving just the rear wheels, the powerplant is positioned for ideal weight distribution and thus handling dynamics, reflecting McLaren’s focus on competition. A 7-speed dual-clutch paddle-shift transmission translates the engine’s power to the road. For today’s numbers-obsessed consumers, a sub-3-second 0-100km/h time is essential for a machine to achieve supercar status. On that count, the 720S qualifies. Its acceleration time is 2.8 seconds, and its top speed is 341km/h.

Frank Stephenson, the director of design at McLaren Automotive, has pulled no punches styling the 720S, creating a teardrop shape for the greenhouse, adopting and evolving a front-end design from the P1 supercar, and adding a liberal dose of inventive LED lighting in the front and rear of the car. As is always the case with McLaren, aerodynamic efficiency is fundamental to the design. The rear wing, for example, provides 30 per cent greater downforce than the one on the 650S Coupé. Wind-cheating tricks incorporated into the aluminum-and-composite bodywork include the elimination of traditional side radiator intakes. They’re generally considered essential for air management and engine cooling, but for McLaren, they’re yesterday’s car-design fashion. Instead, air is forced through the novel double-skinned dihedral doors and into the engine bay. Exploiting these improved aerodynamics is McLaren’s Proactive Chassis Control II, the electronic mastermind of the responsive dual-wishbone suspension. Beneath the 720S’s voluptuous bodywork is a new carbon-fibre chassis called Monocage II. It’s a featherweight, structurally invincible cage on which the front- and rear-suspension sub-assemblies are hung. The engine and transmission are shoehorned behind this tub, which protects the driver and passenger like an obdurate giant clam. The high-tech feel of the cabin evokes a space capsule — albeit a luxurious one. The dash features an eight-inch Central Infotainment Display that, among other functions, provides numbers-focused drivers with McLaren Track Telemetry to measure their performance. The interior’s aluminum switchgear adds a sense of tactile quality. Sport seats are standard, as is lots of premium leather. Alcantara fabric, carbon trim, and a Bowers & Wilkins sound system are available as options. (cars.mclaren.com)