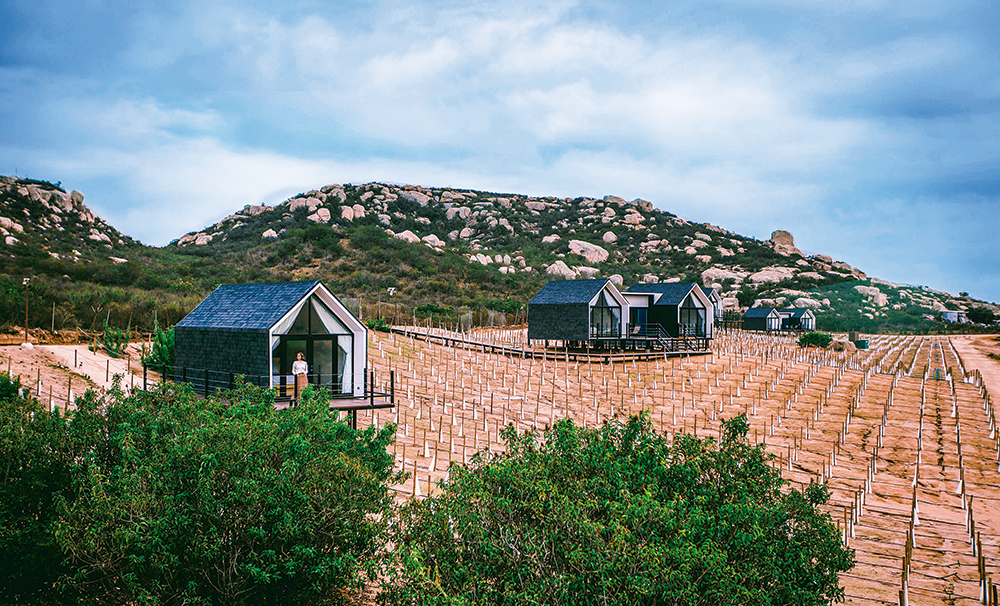 The New Worlds Of Wine

Changing weather and emerging fortunes are conspiring to create promising vineyards in wholly unexpected places. But where will your next bombshell bottle come from?

The world of wine has always operated on its own schedule—greatness takes time. It generally requires many seasons for a vineyard to mature to the point at which the vines produce wine with serious ageing potential. In the big picture, some European regions have spent a millennium or more refining the taste profiles of their bottlings.

But the combination of rapidly evolving technology, emerging international economies and the progressing effects of climate change has scrambled the traditional map and fast-forwarded the timeline. There’s now good wine from Virginia, Israel and Brazil, but some countries we know and love—including our very own Australia —have regions that are likely to struggle to continue producing the excellent wine we’re used to because of heat, drought and fires. But amid the chaos some happy surprises, with a number of previously overlooked countries and areas set to ascend.

Georgian wine may present the perfect blend of storied past and exciting future. “It’s an ancient tradition, at least 8,000 years old,” says John Wurdeman, an American wunderkind impresario of Georgian grapes. But history isn’t what’s motivating the newest fans in the US. “American hipster wine bars are serving orange wines from there, made in clay pots, to rebel against the status quo Bordeaux and Napa wines they think are boring.” True enough—the bottles are popping up at places like wine bar Ten Bells on New York’s Lower East Side, as well as at the Michelin-starred Washington, D.C., restaurant Maydān.

Wurdeman cofounded Pheasant’s Tears, a boutique natural winery that makes 15 or 16 different bottlings every year. It’s the Georgian winery with perhaps the most US snob appeal, but it’s not alone; wine imports from Georgia to the US almost doubled this past year over 2018. Wurdeman employs the most distinct tradition of the country, fermenting all his wines in qvevri, the traditional clay pots that are buried in the ground. 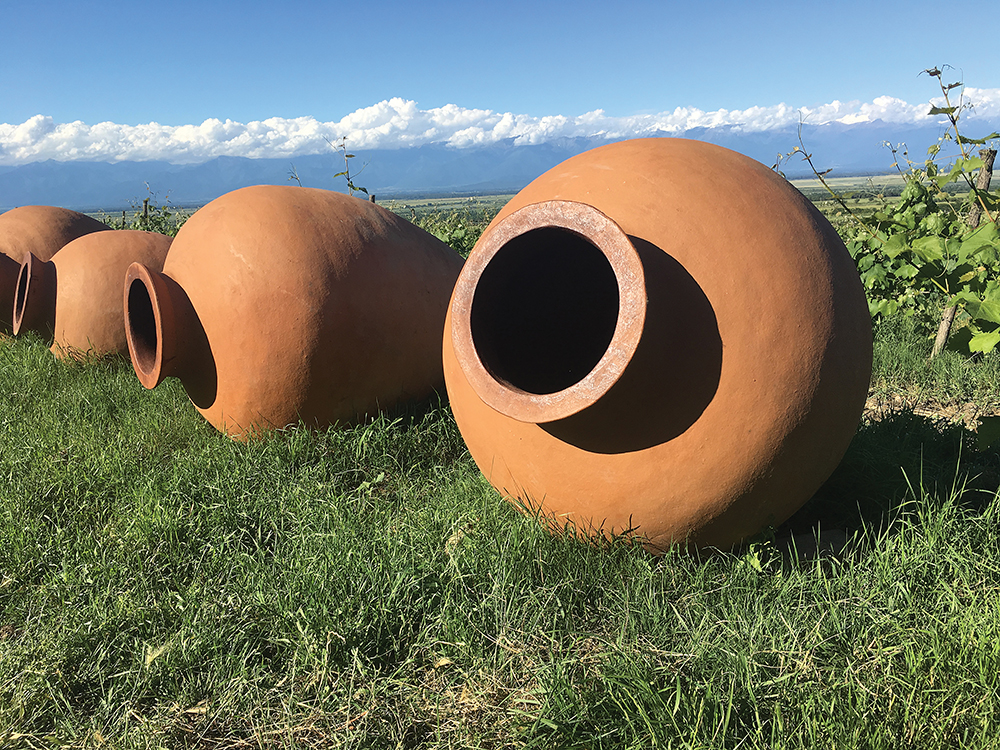 The old ways are part of Georgia’s unique story, but so are modern winemaking techniques—even though it has taken a while to shake off the stagnation of 70 years under Soviet domination, which did no favours for the wine industry.

“It’s not an easy history” is how Wurdeman puts it. Lisa Granik, who holds a prestigious master-of-wine title and wrote a book on Georgian wine, travels there often and says that, slowly, “Georgia is entering the modern world.”

Since the country has some 500 varieties of grapes, you can give up now on getting a handle on the full range of Georgian offerings, but among white, you’ll see Mtsvane, Kisi and Rkatsiteli grapes; among reds, Saperavi, which Granik calls the “Syrah of Georgia.” But, says Wurdeman, “if people try one Georgian wine, it’s often orange, since so many of our grapes lend themselves to that expression.”

His Pheasant’s Tears 2018 Mtsvane Amber Wine is an example of the quirky, intense and appealing style, which more people are discovering. It’s no wonder that Granik says, “In a generation, we’ll see more varieties and better quality. The best Georgian wines are yet to come.”

In the past five years, the idea of wine from Mexico went from crazy-sounding to very enticing. A mere 110-kilometre drive south of the US-Mexico border on the Baja Peninsula is the Valle de Guadalupe, where some 150 wineries, mostly small operations, have sprouted up to take advantage of wine-friendly conditions. The region produces 90 per cent of the country’s wines.

Most well-established wine regions have rules and customs governing what gets made, but Guadalupe is in a position to experiment and see what works.

“It reminds me of Paso Robles 15 years ago,” says Tomás Bracamontes, who has become a major importer of the wines through his company, La Competencia Imports. “There are no rules. You can do anything you want. Some people are making Pinot Noir and others Rhône blends.” Bracamontes’s money is on the white grape Chenin Blanc as far as up-and-comers go, and “Tempranillo is doing really well,” he adds, referring to Spain’s great red export. 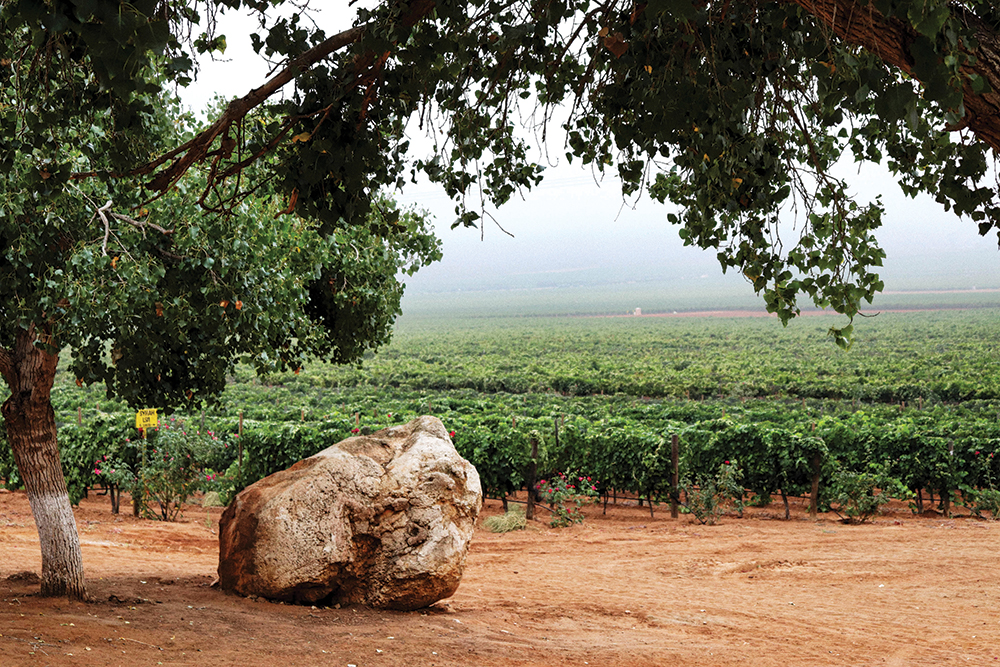 The wineries may be small, but they’ve caught the eye of industry power players. Lourdes Martinez Ojeda became a talked-about winemaker with her work for Bodegas Henri Lurton, a Valle de Guadalupe venture of Bordeaux’s renowned Lurton family (they make Château Brane-Cantenac and many others).

“Having this great Bordeaux family down there has really helped,” says Jeff Harding, the beverage director at the Waverly Inn in New York.

Harding, who visited the region last year, quickly became a fan, putting Guadalupe wines on his list. He compares the climate to some familiar California regions.

“It’s hot in the day, but it’s between two mountain ranges, so it cools right down at night. It’s comparable to Napa.” (Others say the torrid climate of the Priorat area in Spain is closer to the mark.)

Harding’s primary recommendation is about taste: “Bigger, riper fruit” is the overall profile compared to other places. “They’re approachable and great to drink,” he adds, “and it doesn’t hurt that they go great with Mexican food. Without a doubt, we’ll be seeing more of these wines in 20 years.” Keen to try something you won’t get anywhere else? Sample the natural-style bottlings from La Casa Vieja: Made from the original rootstock—some of the vines are 120 years old—the wines are funky, fascinating and distinct.

The emerging Canadian region making the biggest impression on global palates is the Okanagan Valley in British Columbia, the southern portion of which lies just across the border from Washington State. And the valley will be only more influential in the coming years.

It’s a long, skinny area oriented on a north-south axis: In the north, it’s cooler, and Pinot Noir and Riesling grapes thrive; in the south, much hotter and a home to Bordeaux red grapes such as Merlot and Cabernet Sauvignon. “There are so many places that make good Cab, but I loved the Riesling from Martin’s Lane,” says James Tidwell, master sommelier and co-founder of Texsom, an influential conference of sommeliers. “I brought some back from my trip—and I never do that.”

The region’s prime mover is Anthony von Mandl, owner of Martin’s Lane, Mission Hill winery and three other properties that he calls the “Iconic Wineries” of BC. “They’re all managed independently,” says von Mandl, “in the same way LVMH has 75 fashion brands.” Among the best of Mission Hill’s wines is the 2012 Oculus, a silky and rewarding Bordeaux-style blend. Another in von Mandl’s portfolio, CheckMate 2015 Little Pawn Chardonnay, scored 100 points from well-regarded Canadian critic John Schreiner; it also happened to nab the vote of former vice president Al Gore, who ordered two cases before that review was out. The irony of Gore’s connoisseurship does not escape von Mandl: “Little did he know it was enabled by climate change.” 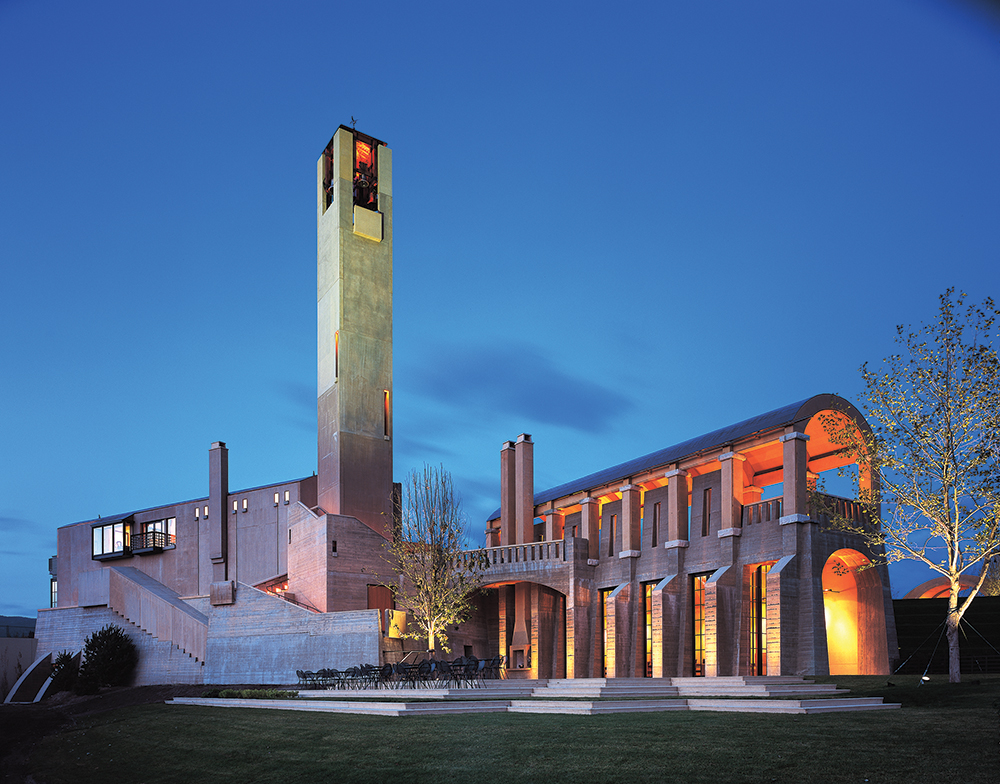 Over the past 30 years the bubblies have popped up in various parts of southern England, where climate change has created perfect conditions for making sparkling wine. The vintners explicitly model their businesses after Champagne, planting that region’s three grapes: Chardonnay, Pinot Noir and Pinot Meunier.

“He saw the potential in the chalky soils here, just like in Champagne,” says Hambledon’s education manager, Katrina Smith. She adds that the winery’s bubblies are in a “broader, richer style” than those of similar English wineries, and that all the grapes come from nearby estate vineyards that Hambledon owns, giving the winery more control over the product.

The chief winemaker of another sparkling winery, Nyetimber, cautions against too simplistic a view regarding warming temperatures. “It’s really climate chaos,” states Cherie Spriggs. “In 2012 we didn’t harvest a single grape. It was the coldest conditions since we’ve been keeping records.”

It’s the cooler-than-most conditions that are generally why people like these wines and it helps explain Nyetimber’s elegant drops (its Blanc de Blancs is superb), which have been winning blind tastings against Champagne, which is deeply satisfying for Spriggs: “That’s our benchmark.” 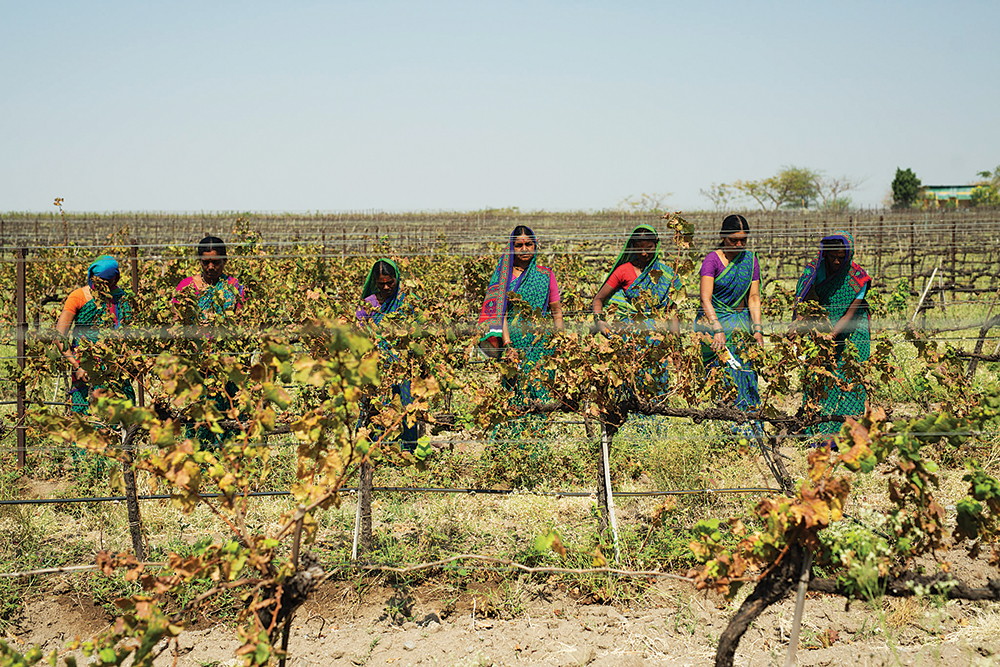 Despite ancient traditions of winemaking, India’s more a beer-and-spirits kind of country. But thanks to some wealthy entrepreneurs, things are starting to happen when it comes to premium wine.

Pharmaceutical tycoons Krishna Prasad and Uma Chigurupati established Krsma Estates in 2008 in Hampi Hills, a hot, dry inland area, which Prasad cheerfully concedes is “not a wine region.” But in his travels he stumbled upon a farmer who was growing wine grapes there and realised how good the conditions were. Krsma now produces three wines a year including a fairly classic Cabernet Sauvignon that’s been commended at international wine competitions. Now making 5,000 cases a year, Prasad notes that his “ego” dictates that the wine be exported too. “It’s a passion and a hobby for me,” he says, “not a business.”

Founder of Fratelli Vineyards’ Sette label, Kapil Sekhri, has similar inspirations. But he’s taken a decidedly cooperative approach: He makes Fratelli’s wines in India, with grapes from the Maharashtra region not too far from Mumbai, but he does it in partnership with Tuscan winemakers Piero Masi and the Secci family. And the wines have been praised by the respected British critic Jancis Robinson.

Sekhri also partners with French-born, Napa-based winemaker and entrepreneur Jean-Charles Boisset, to make three Indian wines under the J’noon label, the best of which is the white, a blend of Chardonnay and Sauvignon Blanc.