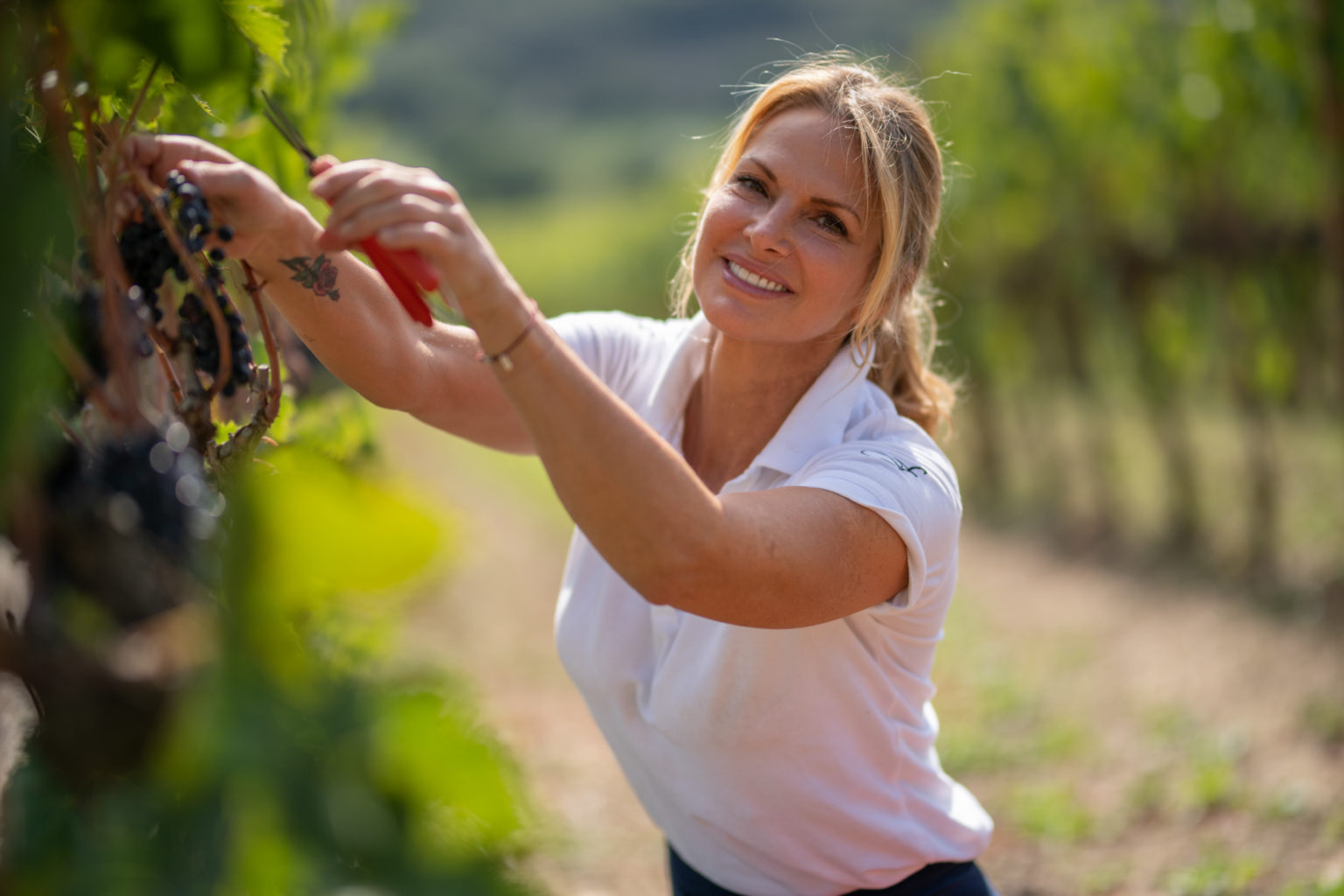 From Sex To Sangiovese: A Former Adult Entertainer’s Italian Wines

How Natalie Oliveros came to take over a celebrated Tuscan vineyard.

Natalie Oliveros is likely not a name you’ve heard, however Savanna Samson might just ring a bell, even if you’re not game enough to admit it.

The former adult entertainer and Adult Video News (AVN) award-winning actress – known for her roles in titles such as Debbie Does Dallas … Again – is as celebrated a performer as they come.

However, it may surprise you to learn of her success away from the camera and in the Italian vineyards.

Unlike many celebrity forays into ‘winemaking’ – a term we’ll use very loosely when referring to the likes of Brad Pitt, Post Malone, Kylie Minogue and others – Oliveros is not using her name (or screen name) to peddle her product.

Initially, Oliveros partnered with Roberto Cipresso, a noted Italian winemaker and consultant, to make her first wine – Sogno Uno (dream one) – a 2004 vintage comprised of cesanese, sangiovese and montepulciano grape. The wine was a hit, with famed critic Robert M. Parker, Jr. giving the bottle an impressive score of 91 out of 100, elevating Oliveros into the limelight.

Continuing to work in winemaking, and releasing a range of vintages, Oliveros went on to buy a share of and then own Cipresso’s lauded Italian vineyard Fattoria La Florita in 2014.

Now the 53-year-old delivers tempered, delicate, elevated expressions of Brunello di Montalcino – one of Italy’s most famous and prestigious wines from her estate in Tuscany.

Since taking stewardship of Fattoria La Florita, Oliveros has shifted the viticulture to a more organic practice – achieving certification in 2019 – and plans to expand having recently purchased another vineyard near the winery, Oliveros believes La Fiorita will make close to 45,000 by 2024.

The current line up comprises of a Ninfalia Sangiovese Rosato (a first for the winery), a Rosso di Montalcino and a trio of Brunello di Montalcino reds – a normale, riserva and the fiore di NO cuvèe. The latter is the vineyards new top-tier label, made from the best grapes from two of La Fiorita’s four vineyards and then aged for 24 months in French oak. The La Fiorita ‘NO’ Brunello 2015 is priced at approx. $230.