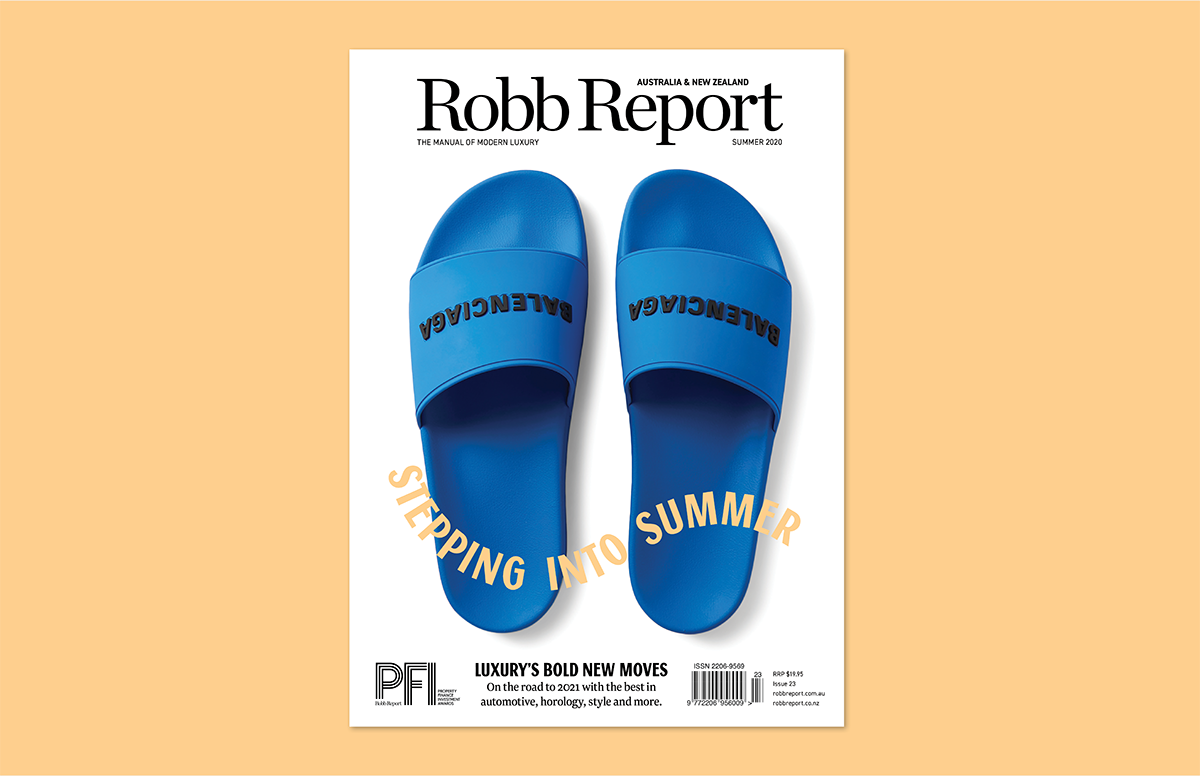 Is four years worthy of celebration? Yes, and yes we say again.

So reach for the 2002 Dom and a couple of glasses and let’s sit and celebrate – because this heady issue marks four years since Robb Report made its way to Australia and New Zealand.

A well established American title that had for 40 years explored the heightened artistry that drapes the luxury market as a whole, many questioned the push into the so-called Antipodes.

Any negative chortling was soon silenced on delivery of that debut issue and which proved a glorious showcase of what was to come.

In looking back over this time it would be remiss of me to not salute launch editor Michael Stahl and his team. Things look rather different these days – for one, I’m not Michael Stahl (despite our similarly hirsute appearances), most of that launch team has moved on and the brand, inclusive of the magazine, has been born afresh following redesigns across our offerings in 2020.

However the core of what we do remains focused – because we’re for the collective craftsmanship, intricate engineering and elevated experiences that inform luxury, just as we’re also for exploring its transformation against rapid societal, environmental and economic changes.

It’s why you’ve been presented with this vibrant summer cover – a cover that will likely prove somewhat divisive, though I feel a cover that doesn’t start a conversation is not worth running. Simple.

A deeper conversation certainly worth having involves conservation – which is why I’m now steering this conversation to p.150 and a feature exploring people power and a bold new initiative to survey the Great Barrier Reef in the hope of understanding more about its woes, thus hopefully shaping firm plans about its future preservation.

Elsewhere, escape with a lengthy journey through remote northern India (p.106), so too a removed Tasmanian trek (p.104) and a luxury north Queensland adventure (p.120) that’s the perfect mix of water and bush, each serviced by private boat and helicopter transfers.

Escapism is furthered in our interview with the fast-talking founder of The Arsenale (if you don’t you really should) on p.136, with more speed delivered via our debut Italian dalliance with Ferrari’s latest, the Roma (p.158).

Excitedly, this issue also houses the inaugural Robb Report PFI Awards (p191), an acronym we’ve been bandying about some time now and which we’re pleased to finally deliver in highlighting the country’s best when it comes to property, finance and investment. And because one awards platform wasn’t enough – we also rounded up our Culinary Masters of 2020.
We honestly took pause in regards to the latter – given the brutal year across the ANZ hospitality sector.

But then we felt they could do with something to celebrate and a robust drink (or, five) – and so we raise a glass to them, as we do ourselves in making it through four years to here, and the proud delivery of this, the biggest Robb Report in the title’s local history.

And they say prints dead?

Get the latest issue or subscribe here, or stay up to speed with the Robb Report weekly newsletter.