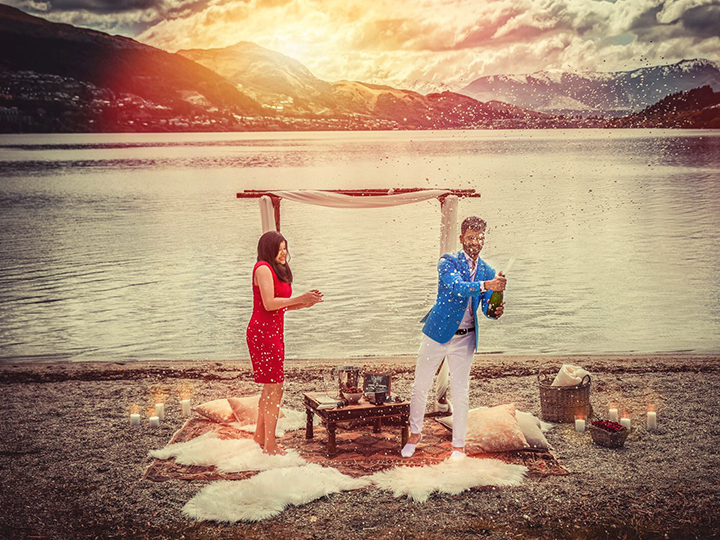 How to plan an unforgettable proposal

With the rise of social media and viral videos, crafting a romantic and original proposal is almost like an Olympic sport.

You’ve been dating for a few years, you’ve chosen a whopping sparkler, and now it’s time to pop THE question.

The pressure is on for the perfect setting but with the increase of social media and YouTube proposal videos going viral, marriage proposals are almost like an Olympic sport. How do you find the right way to ask that is romantic, original and shows your partner just how special they are to you?

You don’t have to do it alone. my proposal co provides a customised, creative and – best of all – confidential service to help nail your proposal. There are no packages or set rates; each proposal is tailored specifically to the couple – so you’re assured your proposal story hasn’t been done before.

The first step is to give co-founders Gloria Gammo and Tania Alaee an idea about when and where the proposal should take place, and what the budget is.

“Usually we get a few weeks’ notice, although the quickest we’ve pulled a proposal together was 6 hours,” Gammo told Robb Report Australia.

Although based in Sydney, they have planned proposals in Japan, Hawaii, Italy and New Zealand, as well as across Australia. Once the basic details are sorted out, Gammo and Alaee get creative: “We talk to our client about their partner’s favourite things – even details like their favourite colours. Then we take that information away and think of a unique proposal.”

Some previous proposals have included a superyacht trip to a secluded island in Sydney Harbour; a romantic picnic complete with adorable puppies in Perth; and romantic notes handed to a woman while she did her daily run on Sydney’s Eastern Beaches. Creating the perfect proposal can involve a fair amount of subterfuge, and Gammo and Alaee can help with that, too. Their husbands have been known to phone the proposer in case there are suspicions about a female caller, and they have an arsenal of ideas for helping ensure the future bride or groom is none the wiser.

“Sometimes we even create fake invitations for events like a wedding or parties to ensure she’s wearing a nice dress,” Gammo says. It’s all in the name of the perfect proposal, of course and by all accounts, the secrecy is worth it.

According to one happy bride-to-be, Imogen: “I couldn’t have dreamt of a more perfect proposal. They helped my partner every step of the way, and the night was just magical.”