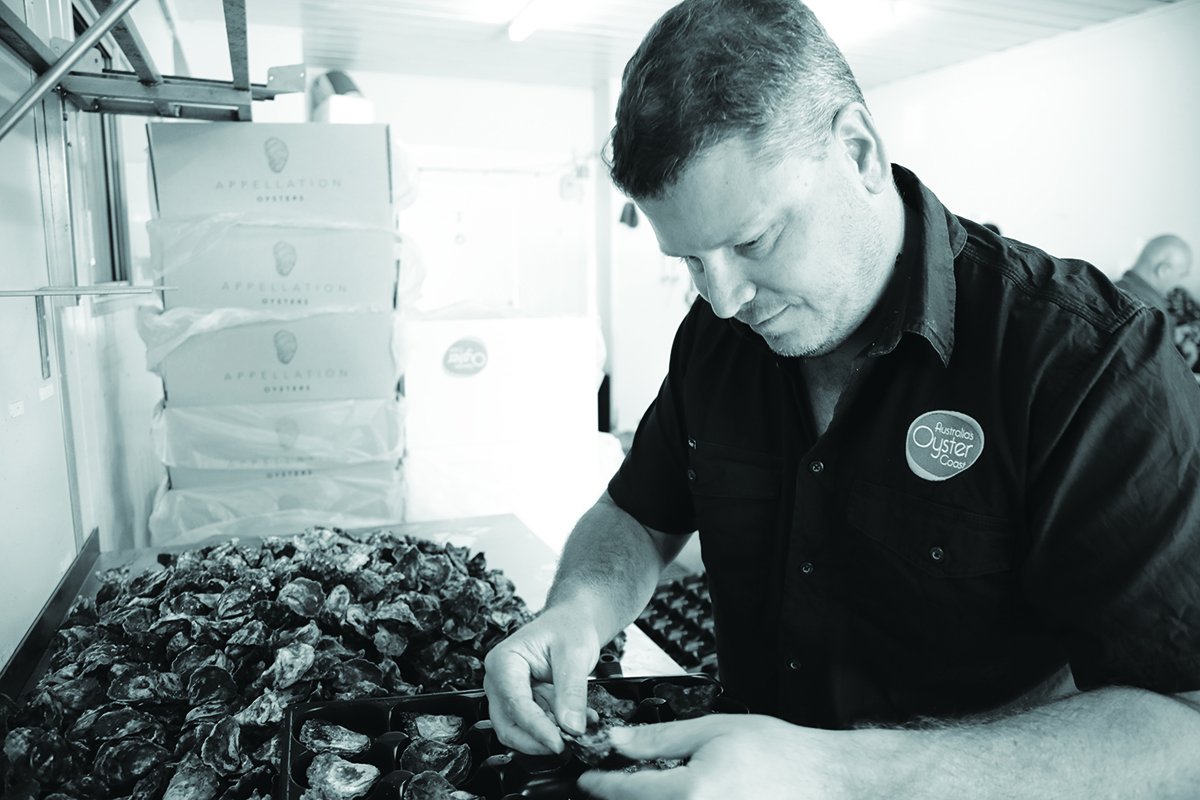 This so-called oyster sommelier is not only a man who can blind taste and immediately provide an accurate origin story, but someone central to sourcing and delivering the absolute ‘best in class’.

They call him the ‘Oyster Whisperer’. He’s also known as the ‘Rock Oyster Sommelier’ and, more formally, CEO of Australia’s Oyster Coast. Introducing Mark Allsopp, a bona fide master with an ability to blind taste an oyster and not only tell you what estuary it was grown in, but what part of the estuary too.

Hardy, rugged and genetically wild – much like the magnificent and unique molluscs he shucks daily – Allsopp’s speciality is the rock oyster, commonly referred to as the ‘Sydney rock’.

Time now to make the French weep a few salty tears – because we Aussies really don’t appreciate that the ‘Sydney rock’ is in fact the envy of the global oyster community. With no familial ties anywhere else on the planet, it is genetically unique. It’s also geographically rare; endemic not just to Australia, but, in the main, to a 1500km stretch of NSW.

From Wooli Wooli, Macleay and Hastings Rivers, Wallis Lake, Port Stephens, Shoalhaven, Clyde River, Tuross, Wagonga, Wapengo, Merimbula, Pambula and Wonboyn, this is pure oyster heaven. And were this fine and finite crop champagne or caviar it would be priceless.

Allsopp understands this. And more. It’s why he’s behind an initiative to find the best-in-class rock oysters on any given day and award them what’s known as ‘Appellation status’.

Ahead of the summer season we decided to taste a few with Allsopp, to really get an understanding of what this heightened oyster business is all about. 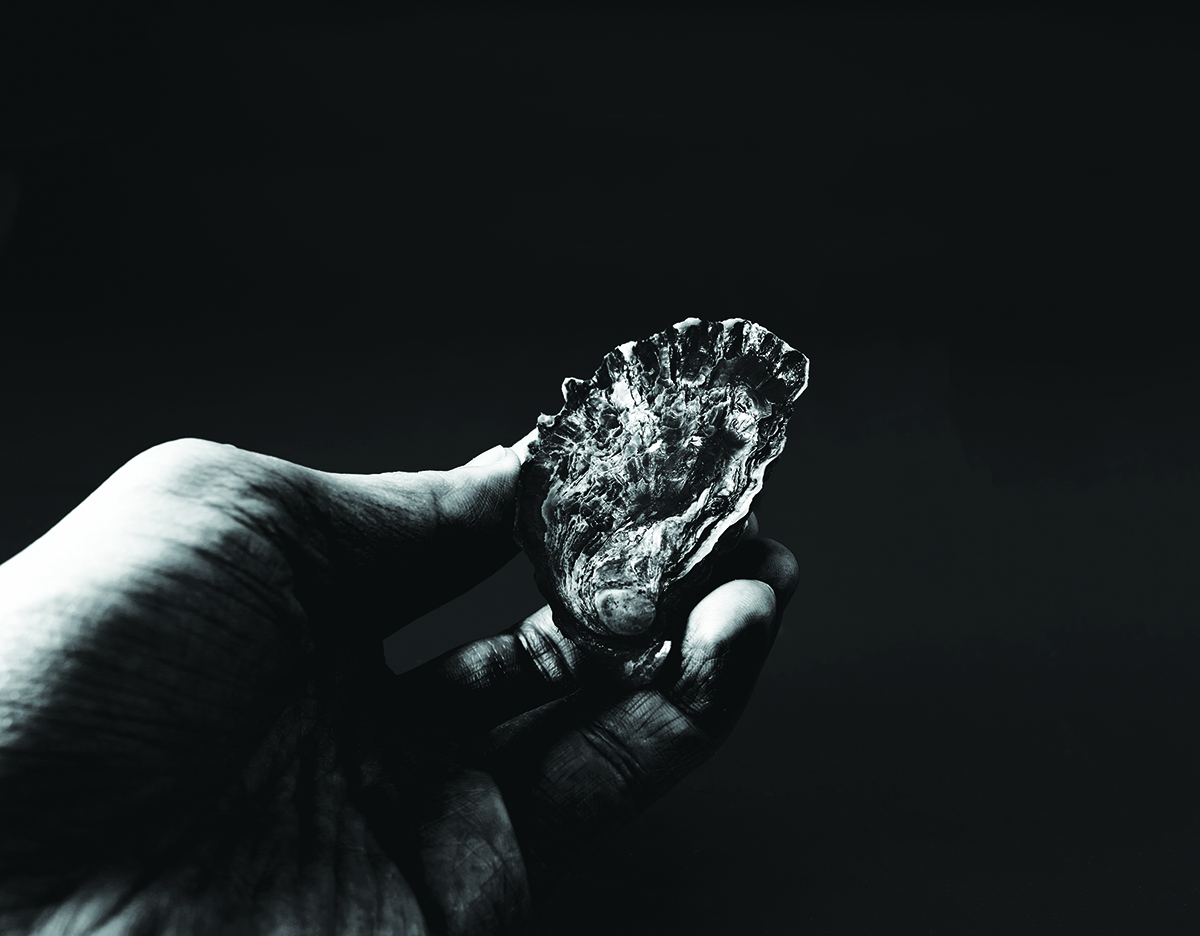 You can read an oyster’s history by eating it – how did you hone your craft?

All I’ve done is link my understanding of the aquatic environment and the biology of the rock oyster, and how that translates to the flavour profile. There is some science, gastronomy and general oyster nerdiness involved, but it’s just time, patience and a love of oysters.

Why is the rock so special?

From a culinary perspective, it has a depth and complexity in flavour not seen in any other oyster on the planet. The gastronomic journey of a rock oyster is like going down the rabbit hole with Alice in Wonderland. The biology is fascinating. It thrives in an estuarine environment that would be to the detriment of most other oysters in the world. In fact, the tougher the environment, the better the oyster and eating experience.

Why do they vary from estuary to estuary?

A rock oyster is truly a product of its environment – constantly filtering the water to capture microscopic particles, then ingesting these particles. Every estuary has different environmental attributes, which we describe as merroir, ranging from salinity, micro-algae species, microbiota, biological organic matter, temperature, benthos substrate composition, terrestrial soil composition, sunlight, and many more. It’s the most variable environment on earth. 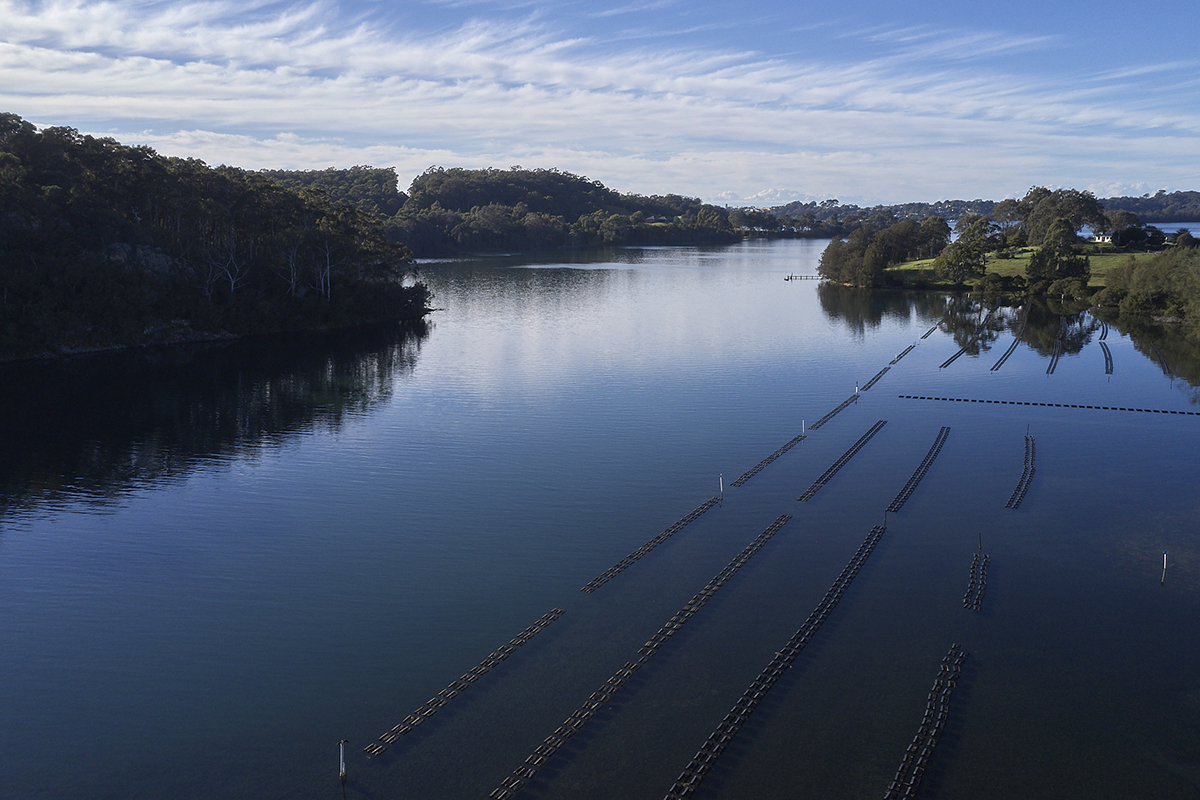 What the hell is merroir?

It’s the marine environment’s equivalent of terroir from the wine industry, which is the categorisation of flavours with environmental attributes. We know the marine environment is the most variable, and these different factors contribute to the overall aquatic ecosystem and this set of factors is synonymous with a flavour profile. For example, several estuaries have limited freshwater inputs and therefore are more influenced by oceanic tides; we call these ‘oceanic-influenced estuaries’ and we expect a strong brine experience front of palate and an intense mineralisation at the back.

And what’s an Appellation Oyster?

An Appellation Oyster is a best-in-class, hand-selected oyster. The people that handpick these oysters are looking for shape, size, maturity, meat condition and yield superior to an everyday oyster. If the oyster is good enough to be selected, it
is awarded Appellation status, placed in a box with an Appellation trust seal and sent to the restaurant.

What are you looking for when judging the best rock oysters?

Maturity. The feel of an oyster that has had two or three spawn cycles. It’s hard to explain because it’s not just weight or size, it’s a feel. Shell shape: deep cup, convex lid, and maybe some purple colouration on the bottom shell. Meat condition and yield: we want a beautiful khaki-coloured meat with at least 80% of the meat covering the bottom shell. 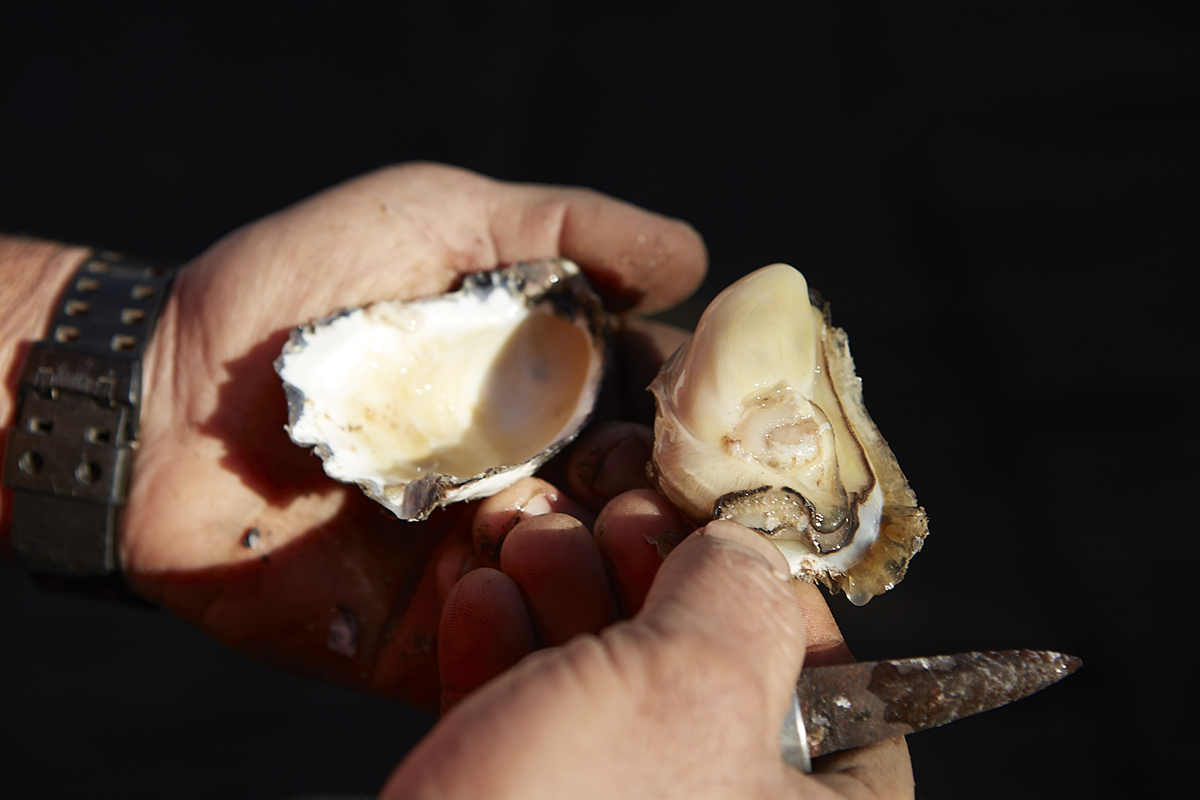 You’ve created the ‘five pitstops of flavour’ to describe how to best enjoy an oyster. Please explain.

This is the framework for anyone to understand the concept of merroir. The pitstops include brine, creaminess, sweetness, minerality and umami.

Brininess is determined by the salinity level of the estuary. If it’s oceanic influenced, the brine experience will be intense, meaning the concentration of salt in the water is high. Creaminess relates to the mouth feel – the creamier the oyster, the more progressed it is in its reproductive cycle. An oyster is 95% reproductive gland – similar to caviar – so to get a big creaminess we aim to harvest the oyster at the top of its reproductive cycle. Sweetness comes from its adductor muscle, which holds the top and bottom shell together. This muscle is intensely sweet and, like any muscle, the harder it works, the bigger it gets.

If the oyster has been living in an environment with significant wind and wave action, or if the farmer works the oysters, it’ll have to work hard to stay shut and the muscle will get bigger and sweeter. Rock oysters can also hold trace elements like zinc, copper and magnesium that come from the oceanic environment, and this mineralisation, or ‘zing’, literally comes from these elements sitting on your back palate and stimulating your taste receptors.

Umami, meanwhile, can come from the organic matter in the estuary. This can be in the form of floating organic matter from the terrestrial-environment run-off, or detritus [dead micro algae] on the benthos, or macroflora such as seaweed. When you experience this fifth pitstop, it is somewhat of a vegetal flavour.

Right – any tips for us simple folk wanting to really enjoy rock oysters this summer?

Let the oyster speak for itself – natural is the best experience. Try oysters from different regions and understand the merroir and corresponding flavour profile. Everyone thinks you have to have white wine with oysters – not true. Be creative – beer, sake and pinot noir all work well.

Appellation Oysters are available in the best restaurants in Australia – but you can also head straight to the source by travelling Australia’s Oyster Coast and tasting them at the farm gate yourself;  appellationoysters.com