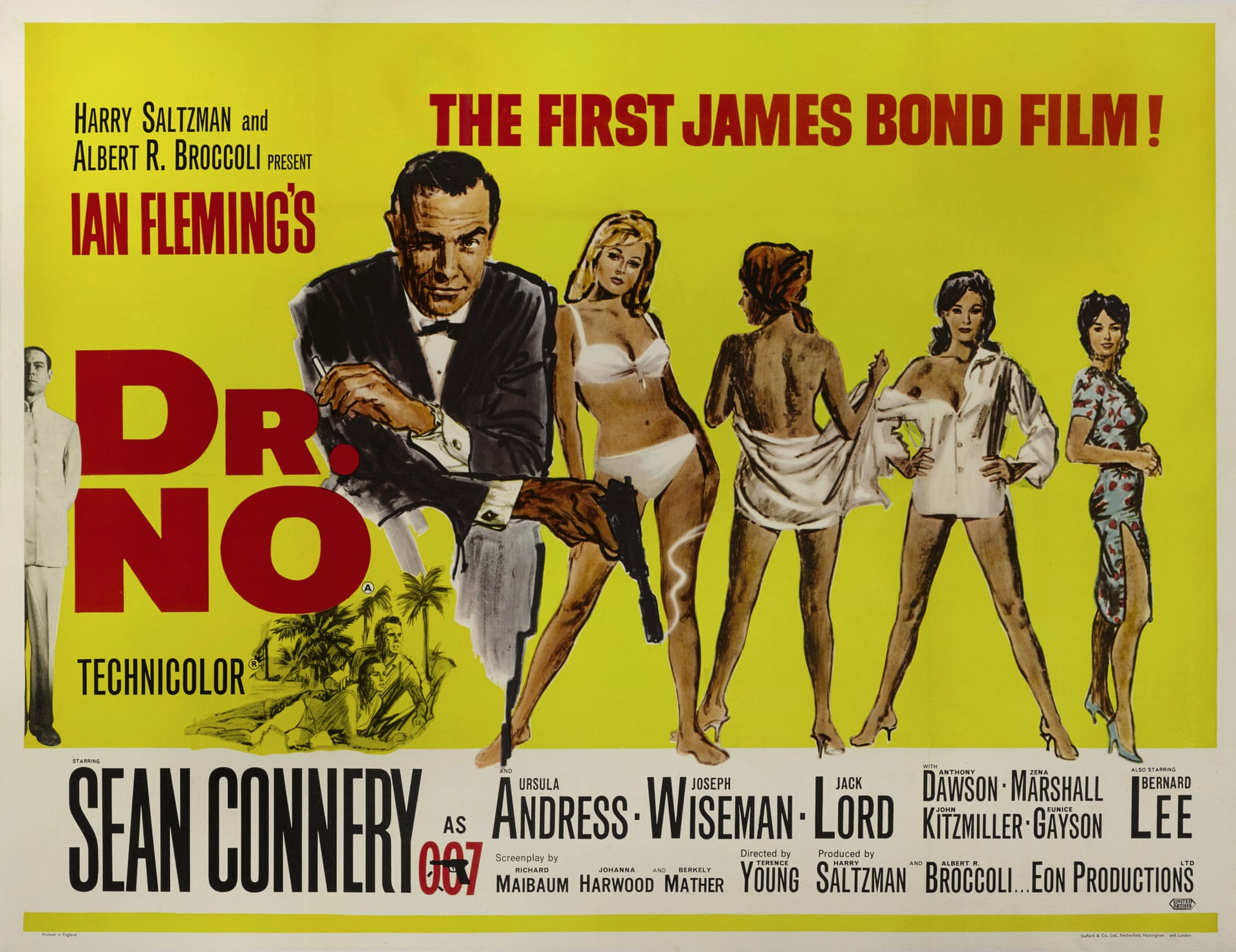 How to get your hands on an original poster from Connery’s Bond Films.

The recent passing of original James Bond and film icon Sir Sean Connery, aged 90, was met with an outpouring of tributes from fans and colleagues around the globe.

The Scottish born Oscar-winner went on to co-star in films like Indiana Jones and the Last Crusade, The Untouchables, The Hunt for Red October and The Rock amongst others, however, will undoubtedly be remembered for his role in the Bond franchise as the charismatic MI6 agent.

Sotheby’s in London is auctioning a collection of nearly 200 original film posters from the inaugural Dr No and the technicoloured posters of the late Connery’s era to the brooding, modern, Daniel Craig interpretation of Bond in the now delayed No Time To Die.

Joining the enviable collection of film posters is a range of photographs, promotional materials and more dedicated to the most famous spy in Britain. Here, the heady collection covers 60 years of Bond, the highest-grossing film series of all time.

The sale is to take place from the 5-12 of November.