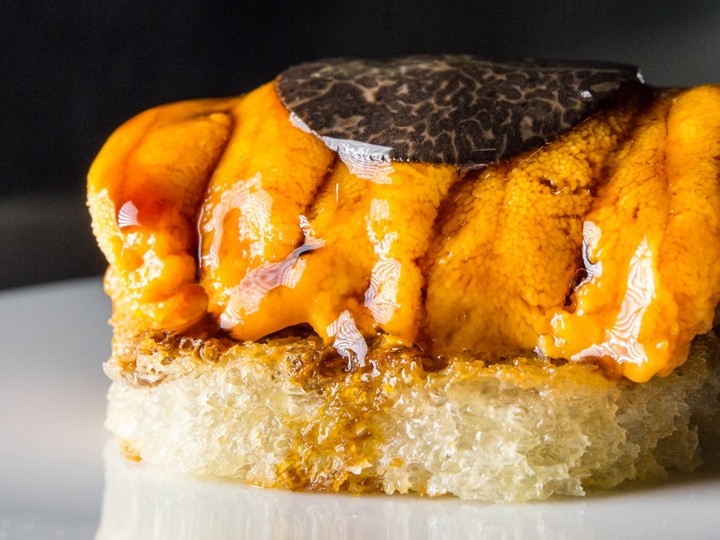 The hottest restaurants in the US, according to the Michelin Guide

Michelin’s star-rating system has become a standard many restaurants measure themselves against. Only a select few establishments have earned and maintained the highest rating.

Michelin arrived on American shores in 2005, bringing its merry band of inspectors to evaluate restaurants across the land — well, not really across the land. Michelin now rates restaurants in just four U.S. cities: New York, San Francisco, Chicago, and Washington, D.C. (Los Angeles was briefly covered, but dropped in favor of Washington.)

However, despite the company’s limited scope (both in terms of geographic coverage and its disregard of restaurants that aren’t rooted in European or Japanese culinary traditions), the guide still holds significant authority in the food world. Michelin’s star-rating system has become a standard many restaurants measure themselves against. Only a select few establishments have earned and maintained the highest rating of three stars. And just because they’ve reached those heights doesn’t mean they don’t have to maintain them. After all, Jean-Georges Vongerichten’s eponymous restaurant was downgraded from three to two this year.

Now that all the Michelin guides for America have been released, the country now boasts 14 restaurants that the old French tyre company regards as having “exceptional cuisine, worth a special journey”. From Alinea to Saison, here are those 14 restaurants. Ever since Michelin first came to the Windy City for its 2011 edition, chef Grant Achatz’s temple of molecular gastronomy has held three stars. Drawing on flavours from around the world — one course may be a chicken thigh with Mexican spices, while another may be a rare Japanese fish — Alinea’s modernist cuisine is strongly influenced by the time Achatz spent at Ferran Adrià’s El Bulli. The restaurant is a showcase of advanced technique where your food is likely to be dehydrated or subjected to liquid nitrogen; you may even be fed an edible balloon. Among his peers, chef Corey Lee is highly revered. Praised for his technical ability and refinement of dishes, Lee’s Benu earned its third star in the 2015 guide. Lee has merged flavours from Korea, China, and Japan with techniques he honed as the French Laundry’s chef de cuisine for 4 years. The result is a lauded tasting menu that will feature dishes like oyster with pork belly and kimchi, or smoked quail with lilies and fermented pepper. The name is a bit of a misnomer — as chef César Ramirez has moved his fine-dining restaurant from Downtown Brooklyn to Hell’s Kitchen in Manhattan — but the format has endured. Diners sit arrayed around a counter with the chefs in full view, preparing them a multicourse tasting menu of French-Japanese fusion cuisine. When Brooklyn Fare earned its third star, a Michelin inspector told the New York Times, “I don’t believe there is anything quite like it in the world, though you might see the closest parallels in Tokyo or Kyoto. If you took the cuisine out of the setting, it would compare favorably with other three stars.” In 2017, only one restaurant was elevated to three stars in all of America, and that was Coi. Originally opened by chef Daniel Patterson, he stepped down from his seafood-driven, fine-dining restaurant at the end of 2015 and handed the reins to Matthew Kirkley. “Our inspectors have been following chef Kirkley since his days at L20 in Chicago, and we were thrilled to see that he is at the summit of his art,” said Michael Ellis, international director of the Michelin Guide. “We were truly impressed by his artistry and his team’s ability to produce sublime dishes based on local ingredients like abalone, oysters, and seafood.” The dynamic duo of chefs Daniel Humm and Will Guidara bought Eleven Madison Park from hall-of-fame restaurateur Danny Meyer in 2010 and have been remaking this bustling brasserie in their image ever since. Now much more of a serene presence, the restaurant serves a beautifully crafted menu that honors Humm’s quest for elegance and simplicity while remaining rooted in his French training. The restaurant graduated to three stars in 2012, and in 2017, it topped the World’s 50 Best Restaurants list. Around since the early 1900s, the French Laundry was transformed by Thomas Keller into a leader of American fine dining after the chef took it over in 1994. Rooted in his love of French food and technique, the nine-course menu features dishes like cauliflower velouté with toasted marcona almonds, John Dory with creamed black-trumpet mushrooms, squab with sunchokes, and venison with caramelized Brussels sprouts. One of the greatest testaments to the French Laundry’s influence has been the sheer number of alumni who have opened acclaimed restaurants of their own — from Grant Achatz’s Alinea and Corey Lee’s Benu to Rene Redzepi’s Noma and Jordan Kahn’s Vespertine. Like his idol Paul Bocuse, Keller has created a proving ground for exceptional chefs. Coming up through two of Chicago’s most legendary chefs — Charlie Trotter and Grant Achatz — Curtis Duffy opened Grace with no shortage of ambition. “I want to be the best restaurant in America,” he said in the documentary For Grace, which chronicled its opening. Duffy divides his tasting menu into two experiences: flora and fauna. The vegetarian flora offers dishes like sunchoke with burrata and fennel, or carrot with green strawberry and hazelnut. On the meat-eater side, there’s lamb with pineapple and olive or squab with maitake, cranberry, and black mint. When not gallivanting around the globe with his buddy Anthony Bourdain, Eric Ripert helms one of the finest seafood restaurants in America. Le Bernardin, an import from Paris, originally opened in 1986 and was a hit immediately upon arriving on our shores. Ripert took over the kitchen in 1994, continuing the approach of exceptional seafood simply prepared. The menu is divided into three preparations: “Almost Raw,” where geoduck sashimi is dressed with ginger ponzu; “Barely Touched,” where yellowfin tuna and langoustines get the lightest sear; and “Lightly Cooked,” where you may find pan-roasted monkfish with squid-ink fideos and a chorizo emulsion. It’s cliché to say a chef embraces farm-to-table, but David Kinch has been a pioneer in developing vegetable-centric, contemporary California cuisine. Utilising the bounty of Golden State produce, he’s inspired by the region, making dishes like Tidal Pool that mimics the rocky coasts of the Bay Area. It’s a rich broth that poaches a raw slice of foie gras and is accompanied by uni, butter clams, mussels, oyster, pickled kombu, toasted nori, and shitake mushrooms. His influence continues around California, with alums opening their own outstanding restaurants, like James Syhabout of two-Michelin-starred Commis in Oakland, Jeremy Fox of Rustic Canyon in Santa Monica, and Josef Centeno of PYT in Los Angeles. Offering one of the most expensive tasting menus in America, chef Masa Takayama serves up an omakase sushi experience at his eponymous restaurant in New York’s Time Warner Center on a corner of Central Park. The Japanese-born chef moved to Los Angeles in the late 1970s and eventually opened Ginza Sushi-ko, which helped establish the city’s love for sushi. In 2004, with encouragement from Thomas Keller, he moved to New York to create Masa. Fish from Japan is flown directly to him from Tsujiki Fish Market to ensure the highest-quality product for his customers. In the 2009 guide, Masa became the first Japanese restaurant in America to earn three stars. As Thomas Keller prepared to bring his Francophile cooking to New York after his success with the French Laundry in Napa, he was asked how his new restaurant would compare to the one that had established him as an iconic American chef. He’d respond, “It’s not the French Laundry, per se.” The name stuck. Like the French Laundry, Per Se serves a nine-course menu, replete with his take on modern French. Chef Michael Tusk has combined his love of Northern Italian cuisine with his surrounds in Northern California to evolve classics like tortellini into modern American fare. Opened in 2003, Quince earned its third Michelin star in the 2017 guide. As with fellow Bay Area pillars of contemporary California cuisine, Quince is devoted to sourcing the best product. Tusk has created a partnership with Fresh Run Farm — an early adopter of organic farming — to grow heirloom fruits, vegetables, and flowers exclusively for the chef. When chef Christopher Kostow led Meadowood to its third Michelin star for the 2011 guide, he became only the second restaurant outside of New York to earn the award. And, at the age of 33, he was the third-youngest chef ever to reach Michelin’s pinnacle. The restaurant, located at the Meadowood Resort in St. Helena, has become a leader in modern American cuisine, driven by the terroir and produce of the Napa Valley. Joshua Skenes grew up in Jacksonville, Florida, and considered heading to art school before deciding to attend the French Culinary Institute instead, working for Jean-Georges Vongerichten while still in school. Skenes originally opened Saison as a pop-up in San Francisco, but its popularity led to a permanent location serving a nightly 18-course menu of modern American cuisine while Phil Collins plays in the background. Skenes cooks with a naturalistic streak, involving himself in how the squabs are raised to feed diners, working with a local fisherman for Bay Area seafood, and cooking directly with fire.