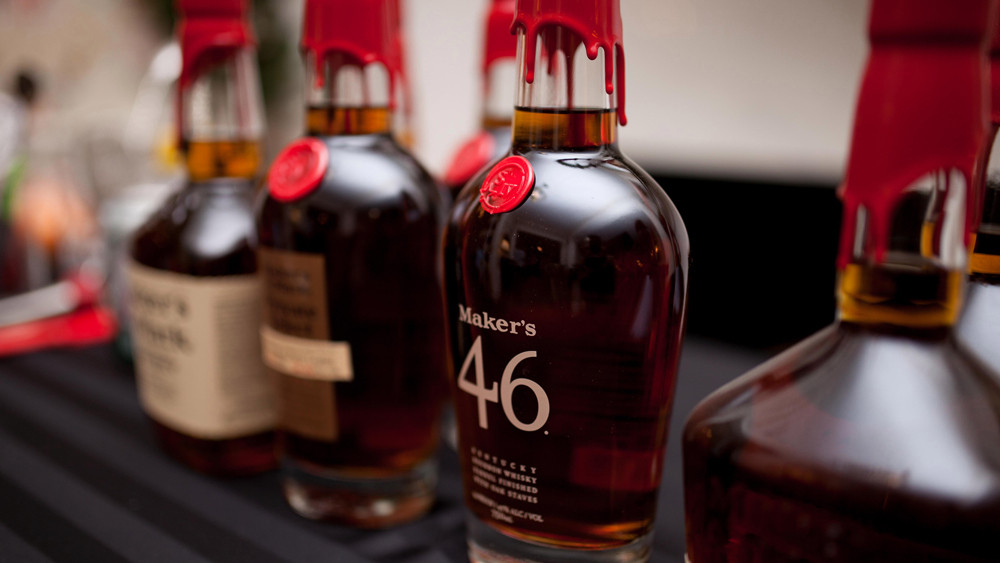 The 15 best Bourbons of the past 20 years

Bourbons have become increasingly collectible. Here are the ones you need to stash away.

There’s much to love about the world’s great Japanese, Scottish and Irish whisky-slash-whiskey distilleries. But when it comes to innovation, the wily bourbon producers in the United States have been leading the way for years. In Kentucky and beyond, purveyors of America’s native spirit have refused to let the excellence of their existing products stand in the way of coming up with new ones. And over the last decade and a half, a plenitude of incredible new whiskey with a mash bill of at least 51 per cent corn and aged in charred new oak barrels—the house rules for a whiskey to be called a bourbon—has come to market, some from brand-new producers, others new expressions from venerated houses. Here are 15 of the best bourbon releases of the past 20 years. 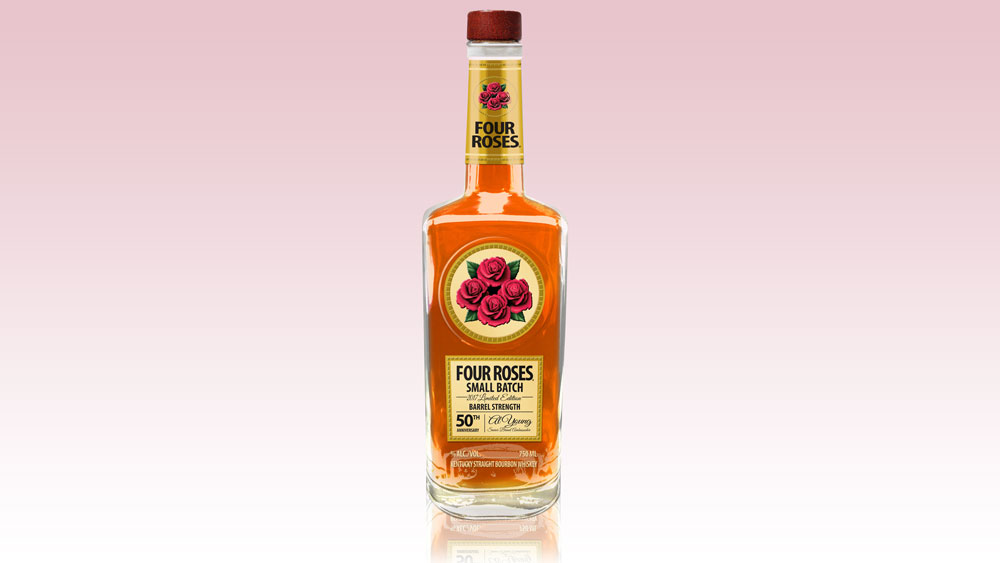 Released in June 2017 to commemorate Kentucky Distillers’ Association Hall of Famer Al Young’s 50 years of employment at Four Roses, this is as fine a tribute as you can get. A blend of four distinct proprietary recipes, the “Al Young,” as it’s affectionately known US$150 (around $210), exhibits aromas of sweet caramel and floral honeysuckle. The palate offers fresh peach and apricot flavours, encompassing luxurious, warm fig and rich oak, with a hint of mint on the finish. Expect to pay significantly more on the secondary market. 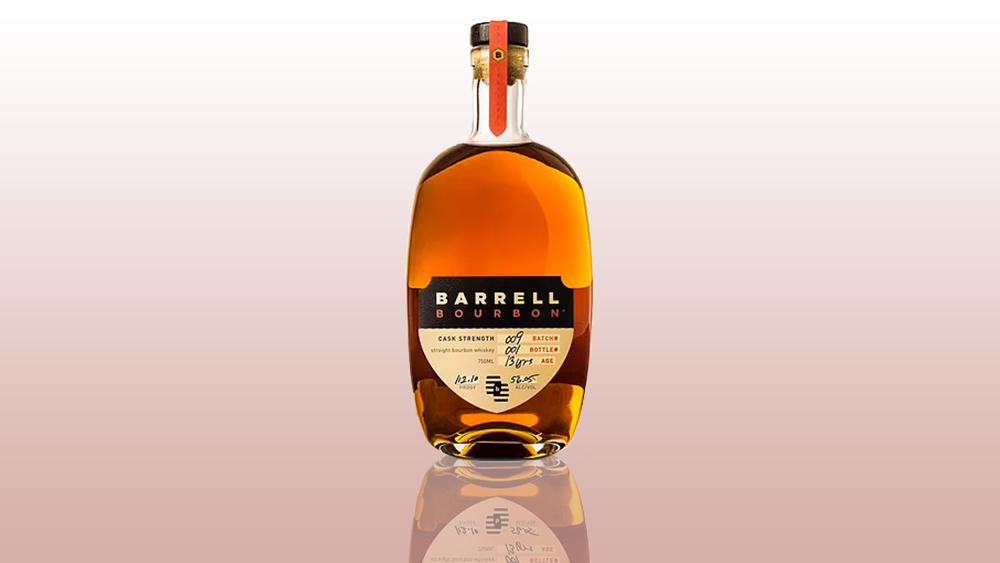 Barrell Craft Spirits was founded in 2013 and quickly became one of the most buzzed-about producers of American whiskey. Barrell Bourbon Batch 009 US$90 (around $125) arrived in stores in 2016 and sold out everywhere virtually overnight. Today it can be acquired only on the secondary market. You are hereby advised to get some. Distilled in Tennessee and aged in Kentucky, it’s a 112-proof flavour bomb, offering everything from tropical fruit to thick clotted cream. This bourbon possesses a familiar warmth, like a favorite old blanket or pair of wool socks. The boundless finish is reminiscent of sweet buttered caramel corn. 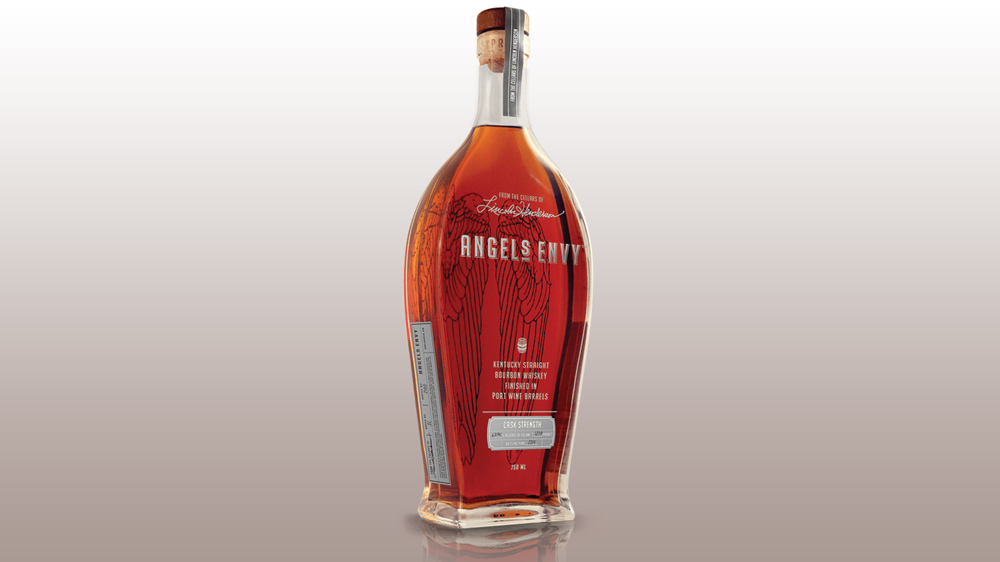 Legendary master distiller Lincoln Henderson released this Angel’s Envy cask-strength expression US$180 (around $255) to great acclaim in 2012. It turned out to be his swan song. Henderson passed away in September 2013, leaving a legacy of artistry and innovation that will not soon be forgotten. The Port Barrel–finished whiskey is a magnificent testament to his abilities. After six years spent resting in new white American oak, the spirit was refined in 60-gallon ruby port barrels made from French oak and imported directly from Portugal. European influence aside, this is still the epitome of complex, bold Kentucky bourbon. The palate teems with flavours, from raisin to banana to rich dark chocolate. A clean and lingering finish offers a hint of Madeira that slowly fades. At 124.5 proof, it packs a serious wallop. 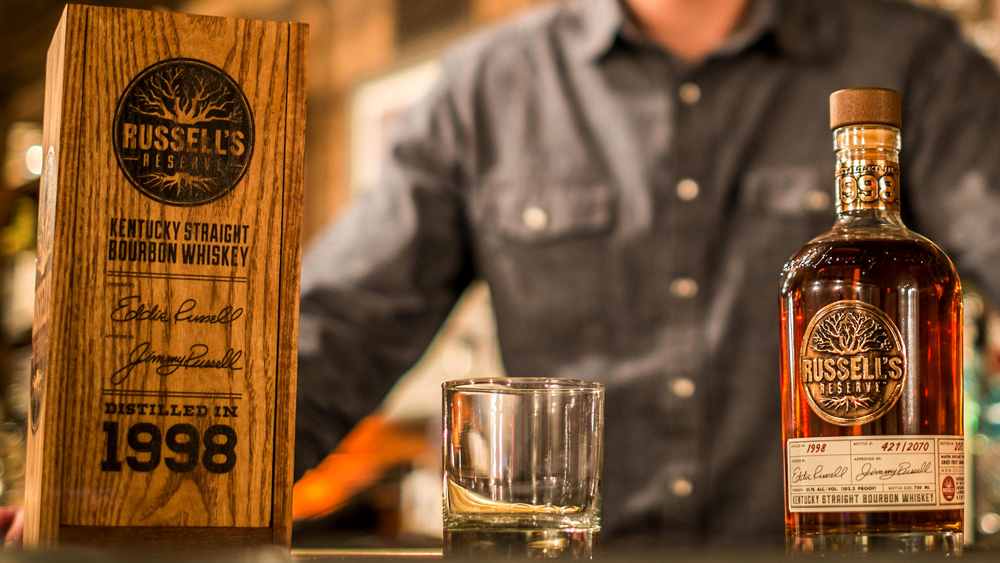 In 1998, before master distiller Jimmy Russell’s 45th anniversary at Wild Turkey (and assumed retirement), his son Eddie set out to create a fitting tribute to his father’s legacy. Enter Russell’s Reserve 1998 US$250 (around $350). Ole Jimmy can still be found at the distillery today, but his “retirement whiskey” is another story. Just over 2,000 bottles of this 102.2-proof bourbon were released in 2015 and sold out immediately. Of course, when it comes to running down impossible-to-find bottles, there’s always a guy who knows a guy who knows a guy . . . just be aware that that guy will want some serious coin for this collector’s item. As with most bourbon this mature, it’s woody and a tad dry. But Eddie made sure to halt the aging process in time to retain the vibrant caramel, vanilla and fruity notes for which Wild Turkey is so famous. Of course he did—his dad wouldn’t have it any other way. 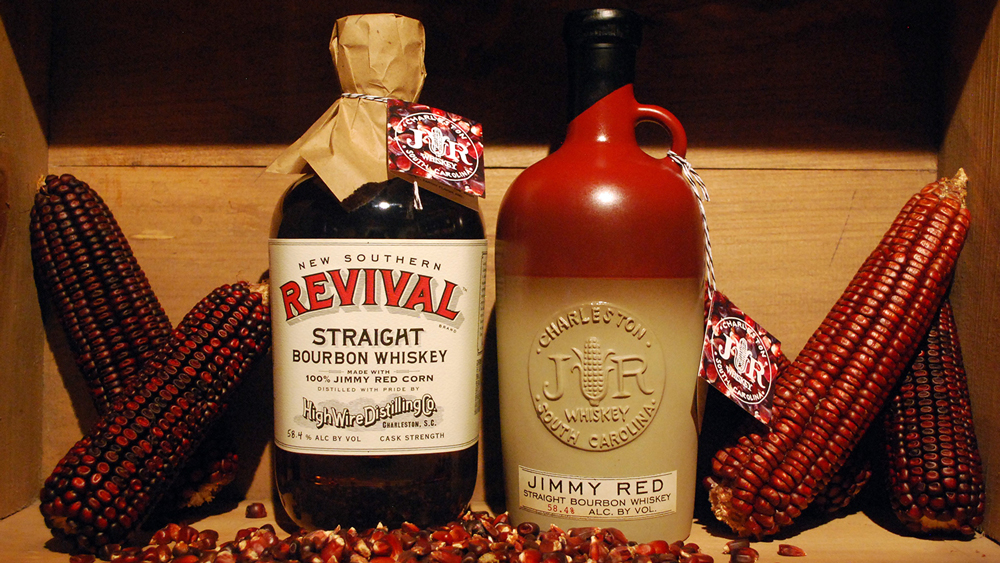 Jimmy Red is a legendary moonshiner’s corn that had all but become extinct until a South Carolina farmer brought it back to life in the early aughts. By 2016 the folks at High Wire Distilling in Charleston, who felt that many of the “big boys” in the industry weren’t paying enough attention to the quality of corn used in the mash, were using Jimmy Red to make truly unique bourbon. The Jimmy Red Corn Straight Bourbon US$99 (around $140) smells of nutmeg and toffee. The first sip is nutty, sweet and mineralic. Swish it around a bit to unbind banana and butterscotch flavours. It boasts an extremely high oil content, yielding whiskey with an unusually creamy mouthfeel.

Founded with a single 250-gallon still in Park City in 2006, High West has grown from a tiny operation to an internationally recognized brand for a simple reason: its excellent whiskey. American Prairie US$35 (around $50) is a blend of straight bourbons aged from two to 13 years. Rich and earthy on the palate, it possesses pleasant notes of candy corn, honey nougat and sweet corn bread biscuits, closing out with a flash of Granny Smith apple. Every purchase comes with a karmic boost, as well—High West donates 10 percent of profits from the sale of each bottle to the American Prairie Reserve, which is dedicated to protecting and preserving America’s natural resources. 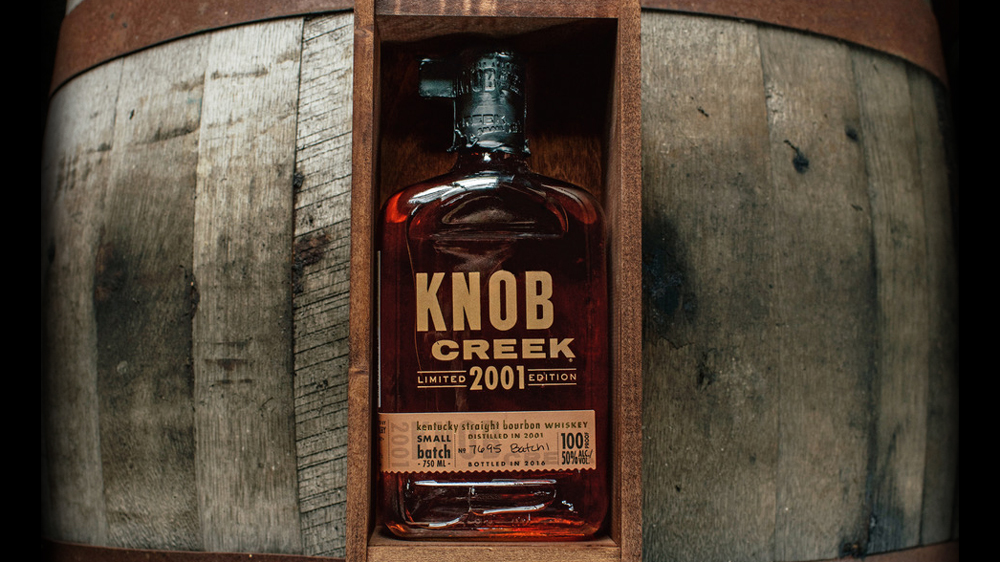 Part of the first wave of so-called “small batch” bourbons that now command the market, Knob Creek was introduced in 1992 by the late great Jim Beam master distiller Booker Noe. Booker ran the show at Beam for more than 40 years and did yeoman’s work to help revitalize the flagging bourbon industry in the 1960s and ’70s. In 2001, Booker retired and was replaced by his son Fred. This limited-edition expression, released in 2016, marked that historic passing of the torch. Knob Creek Limited Edition 2001 was offered in five batches, each with robust oak and char notes balanced by sweet vanilla and warm brown spices. The finish is long, rich, and glowing. 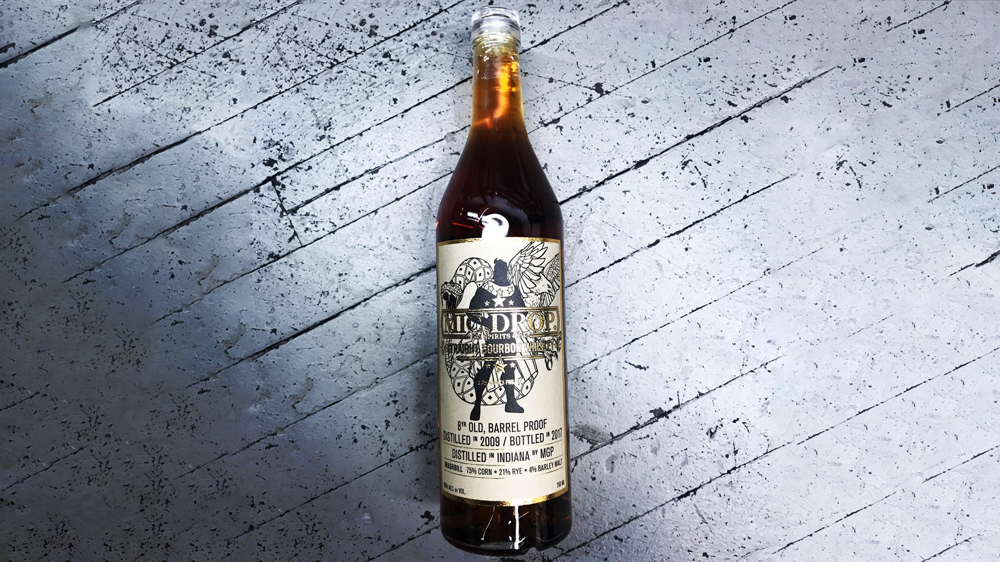 Set aside any misgivings you might have about liquor named after a worn-out Internet meme, and just enjoy the delicious blend of 20 different casks of eight-year-old whiskey. This spirit offers multifarious flavours highlighted by maple syrup, coconut, cloves, and dark fruit. Mic.Drop. US$100 (around $140) came out of nowhere in 2017 and now resides on the back bars of some of the country’s most prestigious drinking establishments. It’s easy to spot, too, with an eye-catching label designed by comic book artist Chris Batista. Word is that all 3,358 original bottles are spoken for, but fret not, for Mic.Drop.2 was just released on Sept. 1. Okay, maybe fret a little—there will be but 140 bottles, which will retail for US$450 (around $635) a pop. 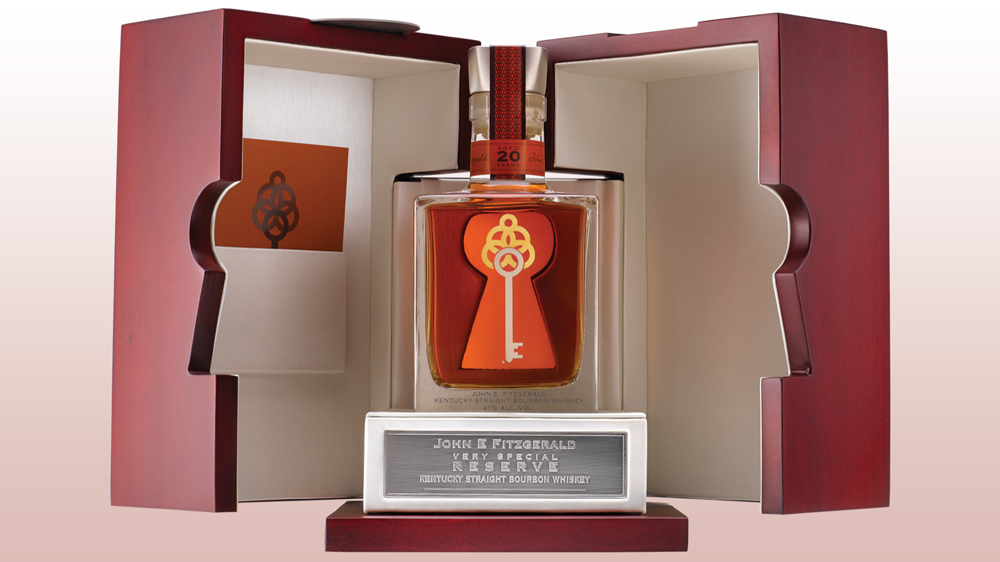 Whiskey lovers tend to speak of the old Stitzel-Weller Distillery in hushed, reverential tones. Before being shuttered in 1972, the facility produced brands such as Larceny, Old Fitzgerald, Pappy Van Winkle and Weller’s Cabin Still. John E. Fitzgerald Very Special Reserve 20 Year Old (US$300 for 375 mL or around $425, for 375 mL) contains wheated bourbon gleaned from 12 barrels produced at old Stitzel-Weller that had been designated for use in Old Fitzgerald. The John E. Fitzgerald Very Special Reserve offers a host of tastes that go great together, from cocoa to lemon to banana cream pie. The finish is lengthy and refined. A few years back, Heaven Hill released a miniscule amount of 375 mL bottles. They claim that’s all they had, yet there are whispers—hushed and reverential—that a secret supply still remains.

In the early 1800s, Woodford County Distillery owner Oscar Pepper and master distiller James Crow pioneered key bourbon-making processes such as sour mashing, copper pot distillation, and charred oak cask maturation. To be sure, they done good. Woodford Reserve’s Master’s Collection US$129 (around $180) is the belated thanks they get. Were either still around to sample this rich amber-colored delectation, surely they’d revel in the 2009 Seasoned Oak Finish’s robust oakiness and spice, as well as the keen notes of fruit jam, toasted almond and dark chocolate. The homestretch lolls pleasantly, offering sweet butter and a hint of cool lemon custard. Be forewarned—finding a bottle is darn near a mission impossible. 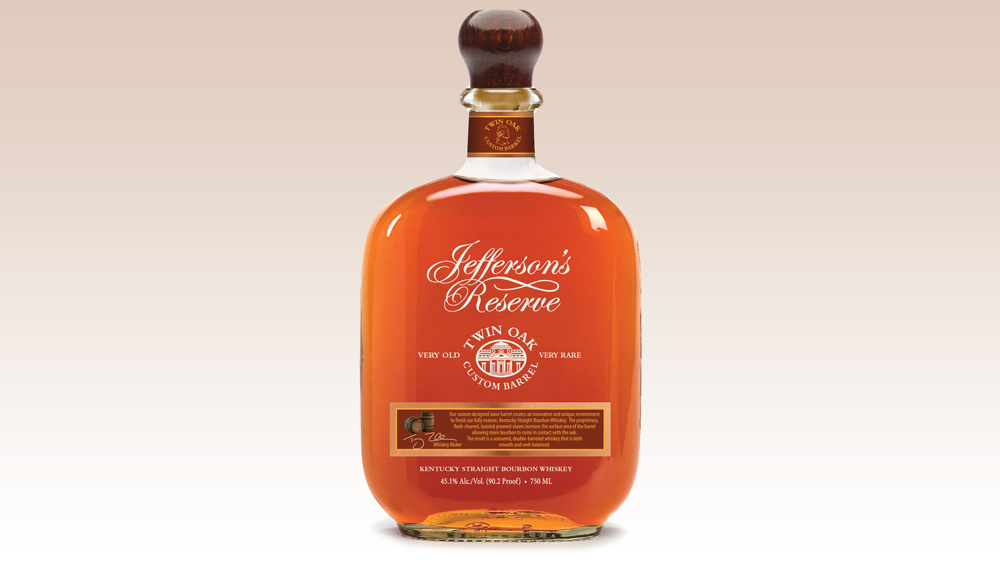 Founded in 1997, Jefferson’s is committed to crafting innovative small-batch blends, as evidenced by its slogan “alchemy is everything.” The brand is definitely onto something, and the 2018 release US$80 (around $115) may well be its most ambitious whiskey yet. For six years Jefferson’s worked with the Independent Stave Company to develop a proprietary flash-charred barrel made with grooved staves that allows for maximum exposure to oak at the peak of flavour. The result is a well-balanced, mocha-tinged whiskey that coats the palate with sweet and spicy goodness. It has a medium-length finish with a touch of cedar and tart lemon. 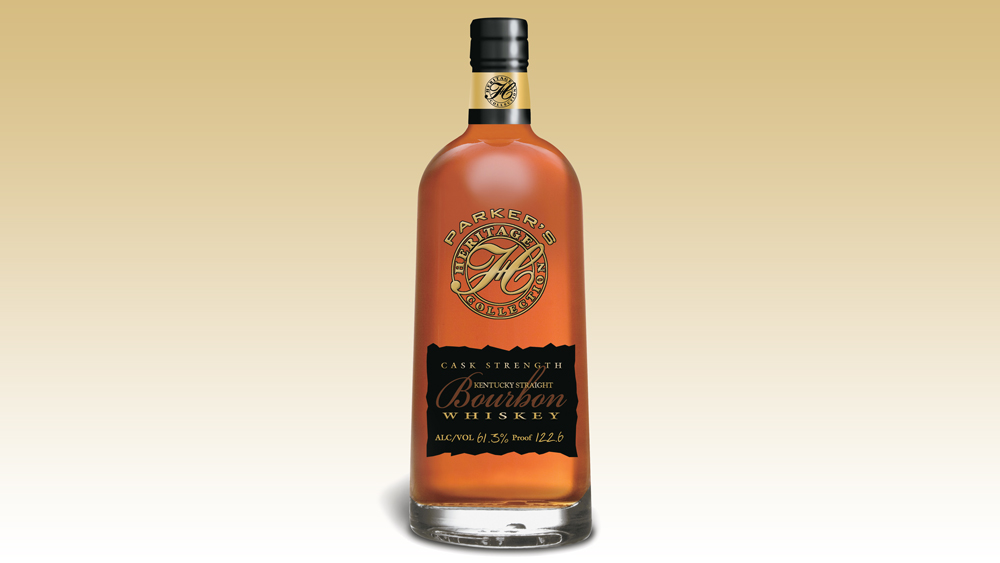 This whiskey was created in tribute to Heaven Hill’s longtime master distiller, Parker Beam. Beam himself personally selected the barrels that were used for the Heritage Collection Cask Strength’s first edition, released in 2007. Beam, who passed away in January 2017, endeavored to make classic Kentucky bourbon. There’s no better example of stellar old-school hooch than this. It’s full-bodied, brimming with dried fruit flavour (figs and raisins) and possessing ample oak and tannins. Originally priced at US$80 (around $115), a bottle can now go for several thousand dollars on the secondary market. 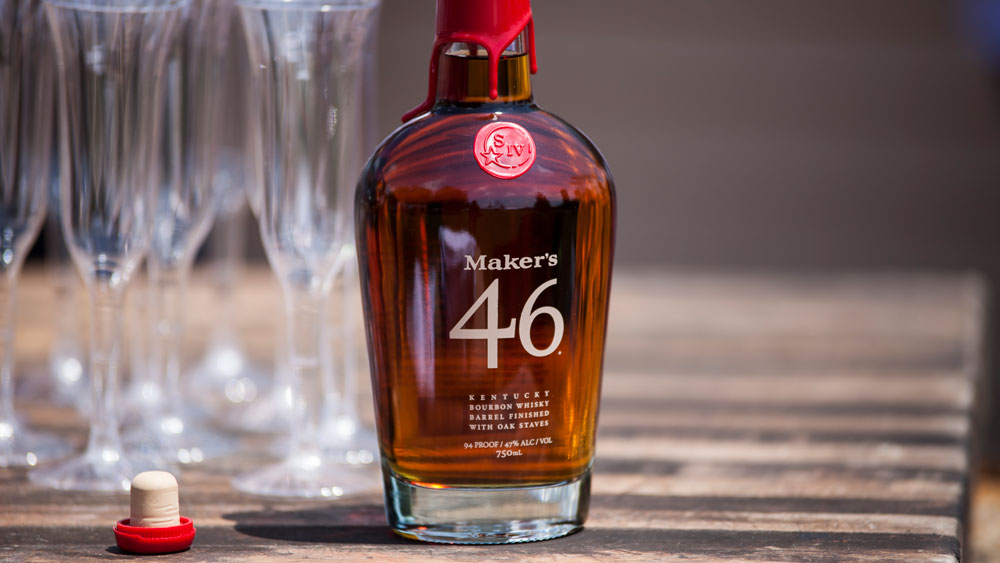 Maker’s Mark bottled its first run in 1958 under the distinctive dipped red wax seal that was the brainchild of founder Bill Samuels Sr.’s wife, Margie. They made one whiskey, one way. Then, in 2010, Maker’s released 46 US$40 (around $56), its first new expression in 50 years. In bourbon circles, this was a seismic event, and more than a few skeptics were ready to pounce. Boy, did legendary distiller Bill Samuels Jr. ever rise to the challenge. He intensified the natural flavour notes of classic Maker’s—the vanilla, caramel and spice—and created a more complex, richer-tasting bourbon with a creamier mouthfeel and lengthier finish. There’s no bitterness. It’s eminently approachable and easy to enjoy.

Introduced in 2006, Hudson Baby Bourbon US$50 (around $70) is the first whiskey produced in New York since Prohibition and is the first commercially available bourbon ever to hail from the Empire State. Made with locally sourced corn at the Tuthilltown Spirits distillery in the Hudson Valley, the whiskey is aged in charred new American oak barrels, which imparts a strong, smoky wood quality. Beyond the char there’s a harmony of flavours, including vanilla toffee, pepper spice and a bit of honey, raisin and mint. It’s a eupeptic, buoyant whiskey that is easy to digest. It makes for an ideal maiden voyage for unseasoned adventurers. 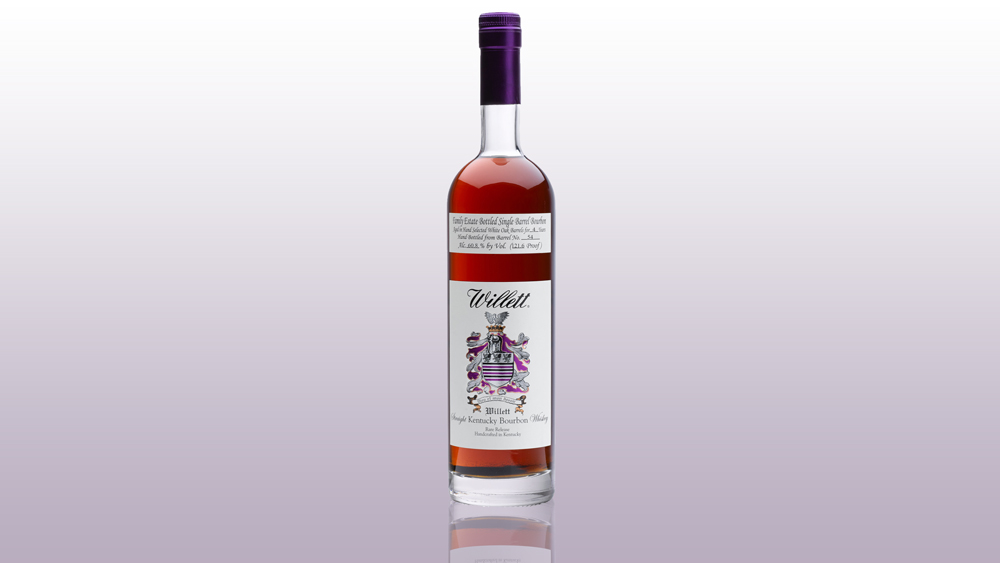 Willett Family Estate Bottled Bourbon was introduced in 2008 as part of the family’s Private Barrel Selection program and was an immediate hit with the professional drinking class, which includes critics, bartenders and flat-out whiskey nuts. It’s an un-chill-ﬁltered, barrel-proof, straight bourbon whiskey of unusual depth and complexity. Though it weighs in at a hefty 124.8 proof, Willett Family Estate Bottled Bourbon tastes surprisingly light. Pear, cocoa and cherry are among the more prominent flavours. Bottles from the original release, which went for US$100 (around $140) at that time, go for upward of US$4,000 (around $5650) now, if you can find them.

The Design Issue Is Here

This bold newcomer will see you through the frayed ‘new normal’ that’s come to cloak much of the country. 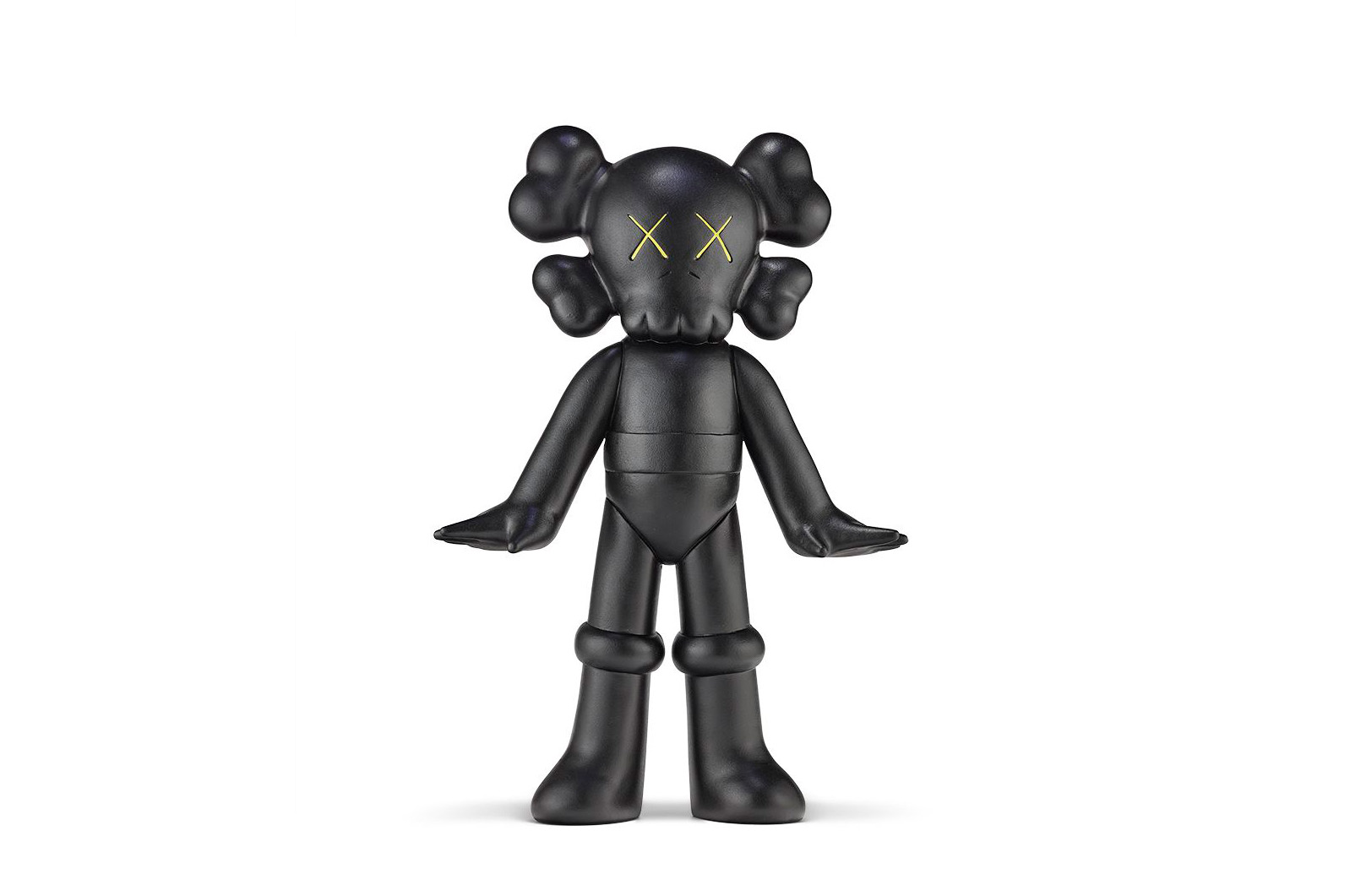 Get your (virtual) paddles ready.

The Land Of Milk, Honey And Now Whisky