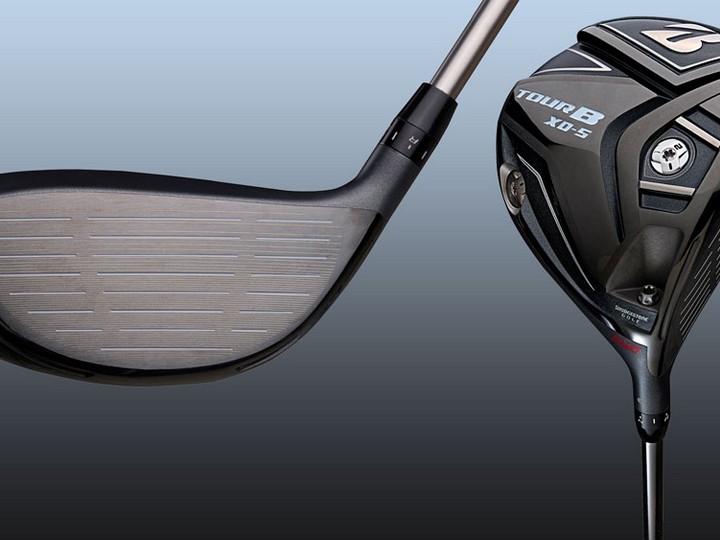 We take a look back at the 2017 model-year drivers that had us feeling like titans at the tee.

Once again, we are poised in the limbo between golf seasons. So, while we eagerly anticipate the debut of the new round of clubs for 2018, we thought we would take a look back at the 2017 model-year drivers that had us feeling like titans at the tee.

In previous years, there had been a lot of focus on driver adjustability, from moveable weights to the ability to manipulate the angle of the club face via the shaft. But now, some new drivers are eschewing those features and going back to fixed head positions. No matter which approach you decide upon, today’s club makers have given you plenty of options to mull over with your fitter. (And if you don’t have a fitter, you’re not maximising the potential of your game.)

So, whether you are looking for a game-improvement club or one that requires a bit more finesse, there is sure to be a new model that fits the bill. Here we present 10 of our favorite drivers released in for 2017. The Cobra King F7 (US$300 ($A385)) is an impressively weighted driver, which gives the club a sturdy feel in the hand. Although the club face seems a little shut at address, it hits balls right along their intended line. The company boasts that the “re-engineered Forged 8-11 Titanium E9 Face is a variable-thickness structure that is designed to be lighter, thinner, and hotter.” Translation: It delivers shots that are longer, straighter, and right down the middle. This is also Cobra’s first connected driver (created in partnership with Arccos), allowing golfers to track the distance and accuracy of every drive. Upon impact, the Callaway Epic (from US$500 ($A645)) has a nice, muted sound to it — a big change from last season, when club makers were trying to make the driver sound like Howitzers. But don’t let your ears fool you. Even mishits rise to the horizon with this driver, covering the same distance as perfect strikes with other brands. Callaway attributes these gains in distance and ball speed to what the company calls “jailbreak technology.” The jailbreak system positions two ultra-light, ultra-strong titanium bars (connected to the crown and sole) behind the face. These bars reduce crown and sole deflection, allowing the face to take on more impact-load to focus more energy across more of the face, promoting longer average distance from swing to swing. High-handicappers and scratch golfers alike are going to like how the ball feels off the face of this club. As reliably as the sun rises, you can count on TaylorMade to release at least a couple new drivers every year. And though they nearly flood the market, that doesn’t take away from the fact that their products are built for distance. Of the new clubs, the M1 (US$500 ($A645)) is my choice ahead of the M2. It is more adjustable than its counterpart — which feels lighter and whippier — and is intended to help increase swing speed. “The 2017 M1 driver has 43 percent more carbon than last year’s model,” the company explains. “The additional focus on multi-material construction saves weight to enable lower CG for better launch conditions and allows for an expanded T-Track for improved adjustability.” That adjustability is key to the company that gave us our first adjustable drivers, allowing players to customise and dial in their exact specifications. If Honma sounds foreign to you, that’s because the famed Japanese club maker is only now starting to make inroads into the U.S. market. The company’s Beres driver is the club heard round the world, as Japanese Prime Minister Shinzō Abe gave a 5-Star Beres to President Trump last year. That club — with a 24-karat gold-plated shaft and head—retails for US$5,000 (A$6430), but its impressive game-improvement technology is also found on the less expensive 2-Star, 3-Star, and 4-Star models.

The company’s Tour World 737 (US$500 ($645)) is a driver with the traditional look and feel Americans are used to. The club is solid at impact with great sound and a responsive movement off the face. Drives fly straight and the club is easy to square at impact. The company believes that by changing the forged process to a vertical grain flow rather than horizontal as in most clubs, it can increase ball speed and decrease the tendency of those that hit the ball left, meaning, you can swing as hard as you want. And while the 737 lacks the bling of the Beres, it doesn’t lack any show. Cobra’s late-year entry for 2017 is the F-Max (US$300 ($A385)). The driver is designed for those with moderate to low swing speeds and utilises lighter shafts and swing weights, as well as midsize grips to help generate more power, launch, and distance through the hitting zone. The larger grips will prevent golfers from getting “flippy” at the bottom of their swing and allow the club to rest more comfortably in their hands. Unlike the F7, these are straight neck, non-adjustable drivers. An offset version is available that allows for maximum draw bias for the chronic slicer in your foursome. No company has burst onto the golf scene with more splash and substance than PXG. The brand’s clubs boast an intimidating look, combining high-end materials with unique design. The 0811X (US$850 ($A1100)) is an upgraded model from last year, featuring more carbon to decrease weight for increased swing speed and distance off the face. The company also designed the 0811X with a honeycomb insert made from TPE, a high-performance vibration-dampening polymer that enhances the club’s sound and feel. The company believes, “the honeycomb structure, which can then be repositioned around the club to optimize launch.” Drives caught dead on the face fly with enviable force but the only way to get this club is to take advantage of their fitting experience to ensure that you get the right shaft to maximise all that technology. Bridgestone TourB Series drivers (US$700 ($A900)) are offered in three unique models, the XD-3, XD-5 and XD-7, featuring a matte finish and adjustable hosel that allows eight face-angle/lie configurations. All come with interchangeable weights (2g, 4g, 6g, 8g, 10g, 12g) to dial-in preferred trajectory and shot shape. The company’s most popular model right now ix the XD-5, which has a 460 cc head and flat face with a shallow back like many of today’s most popular models and helps to promote a draw for higher handicapped golfers and an adjustable shaft allows players to tinker with the face angle. The clubs are bold looking at address and the company is just now entering the U.S. market after being a popular brand in Japan. The 565 (for those with lower swing speeds) and the 765 (for more advanced players and faster swings) utiliSe new “stretch flex” cup-face technology, which extends the face farther around crown and sole to create a larger sweet spot. It also removes about four grams of weight to increase clubhead speed. The 565 plays with a draw bias and has a large head, while the 765 is fully adjustable and equipped with a smaller head. Both drivers are priced at US$450 ($A580). Miura’s new Hayate driver exhibits all the hallmarks of the company’s attention to detail and craftsmanship. It is designed to maximise ball speed and optimise launch characteristics for golfers of all skill levels. The shallow, 460 cc club head has a matte black crown finish, providing a clear contrast to its titanium face. Miura emphasises that the club features FWS (Floating Weight Structure) Technology. Inside the clubhead is a 35-gram arch that floats above the sole, providing an optimised centre of gravity that results in maximum ball speed and reduced spin. The clubhead has an adjustable heel weight, which allows for up to 8 grams of adjustability to optimise head weight and promote either a draw or fade bias. The Hayate driver is available in lofts of 9.5 and 10.5 degrees. Price: US$639 ($A820) and can increase depending on shaft choice. As a big fan of Miura irons, I feel like their hefty price tag is worth the cost. XXIO has steadily been making a name for itself in women’s golf, but its new Prime driver (US$850 ($A1100)) should make men take notice as well — and not just for the club’s gold coating. The Prime has a 460cc head, but at 45.75 inches long, it is nearly a full inch longer than most drivers. XXIO has expanded the sweet spot toward the face to increase forgiveness on mishits while also decreasing the face’s thickness. That decrease, along with the extended length, results in better rebound on drives and faster club speeds. The XXIO, like Honma, is a game improvement club, so players that want to work the ball will find its nearly impossible to fade (or slice!) their shots with it.