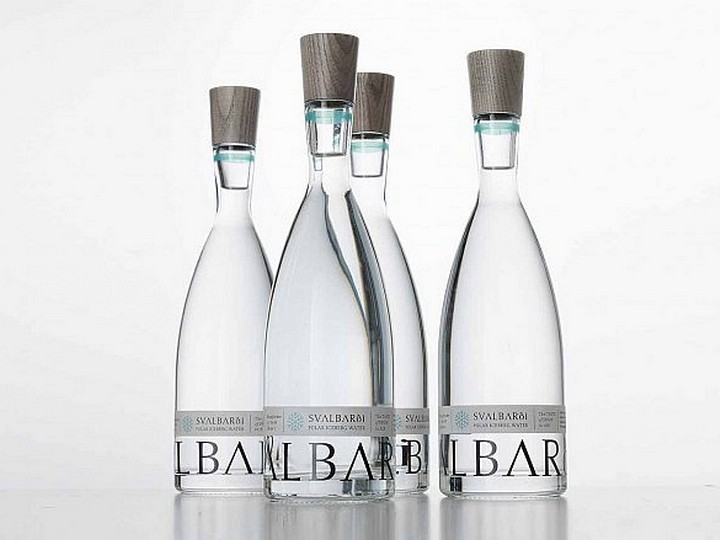 Svalbaroi might be the world’s most expensive bottled water

It is claimed to be entirely mineral and pollutant free, harvested from only the hardest chunks from the heart of an Arctic iceberg.

Even at the elevation of excess that Robb Report operates at, that seems a bit ludicrous. Yet, that’s the asking price for a bottle of Svalbaroi water. You could, however, buy in bulk, with a case of six 750ml bottles dropping the individual price down to a mere €59.95, or $A88.95.

Conceptualised and ‘created’ by Jamal Qureshi, a Norwegian-American businessman who cut his teeth on Wall Street, the water in the bottles comes from fragments of glaciers originating from the Nowergian Svalbard archipelago, within the glacial purity of the Arctic Circle.

Qureshi visited Svalbard in 2013 and brought back part of a Svalbard iceberg for his wife in the form of water. Inspired by this, he convinced the governor of Svalbard to allow him to sail an icebreaker twice a year – in summer and autumn – into a region where glaciers disgorge portions of themselves into the sea, creating icebergs. Cubes of ice (each weighing a ton) are sliced away and fished off from the floating bergs, then taken to the town of Longyearbyen to be melted down – by hand, mind you – into the ‘purest, polar iceberg water’. Each expedition yields 15 tons of ice, enough to produce 13,000 bottles.

That sounds like an artisanal journey for mere water, which is why Svalbaroi – the ancient Viking term for the Svalbard islands – is packaged with designs cues exceeding even the rippling shapes of Tynant, remarkably resembling a premium vodka. Svalbaroi claims it is entirely mineral and pollutant free, harvested from only the hardest chunks from the deepest heart of the iceberg.

While we’d like to get our hands on this, we do hope that Qureshi is not a climate change skeptic, because the icebergs of Svalbard could very well be ‘endangered species’ soon.