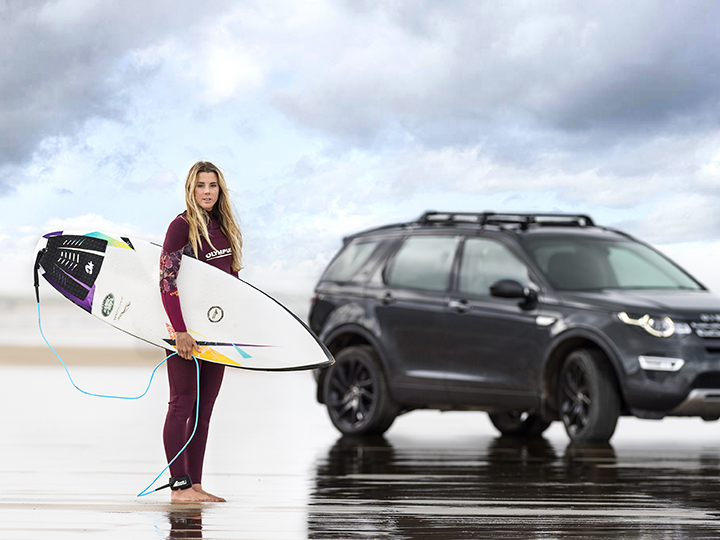 Surf’s up, waste is down at Jaguar Land Rover

Waste products from the automotive world are being put in the ocean – in the form of surfboards made of recycled polyurethane.

Jaguar Land Rover is making its first foray into the ocean, but it’s not what you might expect – it’s not making an amphibious car like fictitious spy James Bond’s Lotus Esprit. Instead, they are recycling plastic from old design concept models and using it to contribute to the making of surfboards.

At the very beginning of the car design process, polyurethane is used to make life-sized clay models of the future cars. The polymer forms the ‘skeleton’ of the model, while the clay inside is recycled and re-used on site.

Now this skeleton is being shipped up and sent to SkunkWorks Surf Co as part of the ‘Waste to Wave’ project. Trying to make surfboards more environmentally friendly is not a new concept. There are many toxic gases emitted in the creation of polyurethane, the main surfboard ingredient, and the industry has been working towards finding sustainable ways to create boards.

There are a variety of ways that styrofoam scraps can be broken down and recreated into surfboards, as well as using more natural products like sustainable wood.

According to SkunkWorks co-founder Ricky Martin: “When Jaguar Land Rover approached us with their idea of reusing polyurethane, we couldn’t wait to get started in helping reduce their waste – a subject that is very close to my heart.” The surfboards have been tested by the best and given the thumbs-up. England’s number one surfer, Lucy Campbell, put one of the boards through its paces at Whiterocks beach in Northern Ireland.

“I didn’t know much about the car design process and it’s been fascinating to learn about how Jaguar Land Rover is giving a ‘second life’ to its materials in this way. Getting out into the water and trying the board out for the first time was awesome,” she says. With an estimated 8 million tonnes of plastic dumped in oceans every year and taking hundreds of years to decompose, every little bit makes a difference.