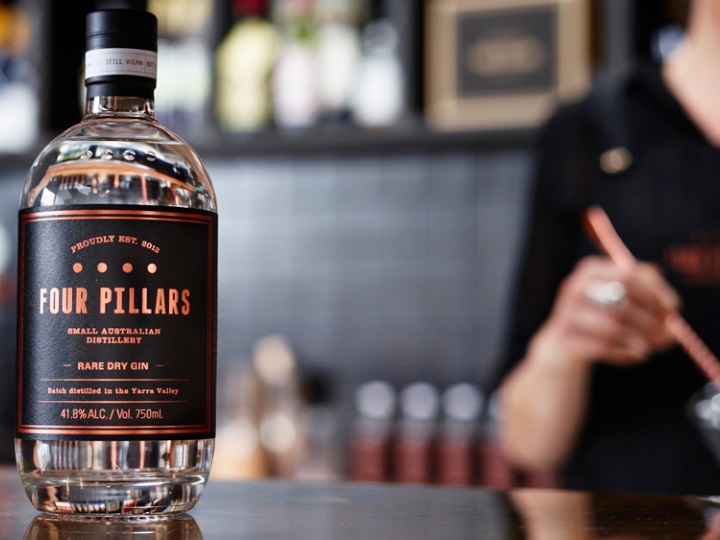 Craft a gin cocktail with these artisanal bottles from New York, Melbourne, and other intriguing places.

Gin has always been one of the most popular clear spirits. It's classic. Timeless. A subtle and beguiling liquor that is the foundation for a host of exquisite cocktails. Though invented by the Dutch, who dubbed it "genever," for many people, gin is most often associated with England, where many of the world's renown brands are produced.

While stalwarts such as Beefeater, Tanqueray, and Bombay Sapphire dominate the market, the resurgence of interest in craft cocktails over the past decade has given birth to a new wave of artisanal gin slingers. Here are seven of the best small brands available. When the folks at Few Spirits released their Barrel Gin, $US50 (about $A65) in 2012, they intended it to be a limited release "just for fun." It's since blossomed into a bona fide hit for the Evanston, Illinois-based grain-to-glass distillery. Aged in a mix of new American oak and used bourbon and rye barrels, it's a dense gin that strikes a balance between vanilla sweetness and piquant spiciness. Citrus notes and a bit of cinnamon are also evident. Don't let the city slicker name fool you; this small-batch Brooklyn Gin, $US42 (about $A55), is actually made out in the boonies of New York's Hudson Valley. For now, anyway. The company has vowed that someday… someday. Out there in the hinterlands, a neutral corn-based spirit gets four go-rounds in a small German-made, Christian Carl copper pot still — 300 bottles at a time — before being distilled with lemons, limes, oranges, kumquats and a handful of botanicals. The result is a citrus-forward ginwith delightful floral notes that is superbly smooth and eminently mixable. In 2009, Sipsmith opened London's first new copper-pot distillery in nearly 200 years. This wheat-based spirit, $US33 (about $A43) is elegant and herbaceous, seasoned with an array of botanicals from Belgian angelica root to Macedonian juniper. At first blush there's a sweetness to it that gives way to more pronounced liquorice and almond flavours. The finish is smooth and a bit peppery. Four Pillars is a craft distillery in Australia's Yarra Valley that's generating lots of buzz at fine cocktail bars across the U.S. The dominant flavours in Four Pillars Rare Dry Gin, $US57 (about $A74.5), are juniper, of course, and orange — indeed, each batch of the spirit is distilled with a basketful of oranges. Some added nuance comes courtesy of indigenous Australian botanicals including lemon myrtle (a softer alternative to lemon peel) and Tasmanian pepperberry leaf, which imbues the gin with white pepper and dried herbal notes. In the 18th century, an estimated 1500 distilleries dotted the London landscape. Today there's but a smattering, the smallest among them being Sacred Microdistillery, which opened nearly a decade ago inside a residential home in Highgate. Its Sacred Gin, $US35 (about $A45) is billed as a traditional London Dry gin, however it is produced in unconventional fashion using a process known as vacuum distillation, which occurs at a much lower temperature than pot distillation and yields lush, lively distillates. Be forewarned: This molasses-based "Schwarzwald Dry Gin" from Germany is unlike any gin you've ever tasted, and is recommended (albeit highly) only for adventurous imbibers. Monkey 47, $US45 (about $A59) per 375 mL bottle, is made with an array of unusual botanicals (Monarda didyma, anyone?) sourced from India and the Black Forest, among other places. Flavours as diverse as ginger and marshmallow jostle for position in what might best be described as a kitchen sink of a gin. It is an ideal gin for nonconformists who like to push the envelope with cocktails, and it comes in a hip, 375 mL apothecary-style bottle. The Eastern Market in Detroit is the largest historic public market district in the U.S. and the source for every botanical that goes into Detroit City Distillery Railroad Gin, $US35 (about $A45). That's right, they're making gin in the Motor City, and delicious gin at that. This one is crafted in the London Dry style, with a flavour profile that is clean and crisp, with ample notes of cardamom, black liquorice, and citrus.