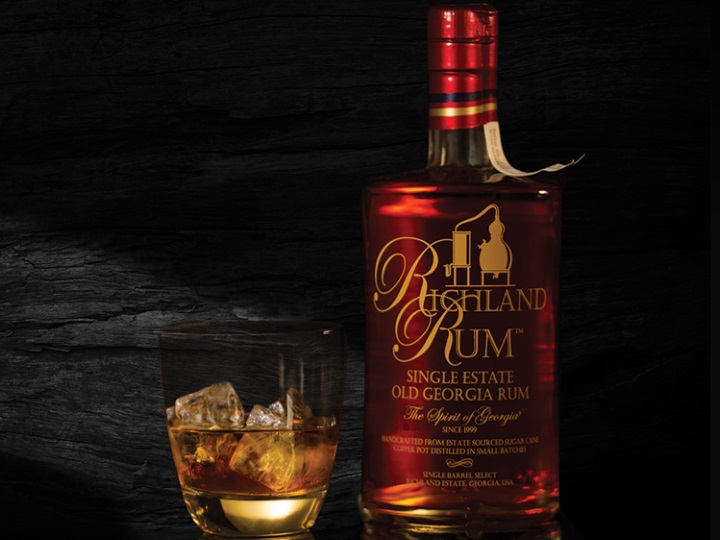 The beguilling brown spirit is great for making cocktails, but it’s also a treasure trove for serious sippers.

We sat down with spirits expert Fred Minnick on the eve of the release of his latest book, focused on that beguiling brown spirit — rum. His latest tome was _Rum Curious: The Indispensable Tasting Guide to the World's Spirit_, published in June.

"Everyone knows rum is great for making cocktails, but it's also a fantastic sipping spirit," says Minnick. "Whiskies and brandies are what people have traditionally ordered to drink neat. Well, I say it's high time to pour two fingers of the world's best rum and enjoy it in all its complexity and diversity." Sounds like a plan. Here are 7 great sippers Minnick recommends. This beauty from Jamaica is probably the world's most widely available and best-known super-premium rum. Appleton Estate 21 Year Old $US120 (about $A160), is aged in Number One Select American oak barrels that impart a coppery, tawny hue and myriad flavours. "Dried apricot, baked apple, cinnamon, nutmeg, allspice, ginger, rye bread, and hints of Demerara sugar and black pepper. You'll find all that and more in this one," says Minnick. "Every serious rum lover should have a bottle in their collection." Distilled and aged in Jamaica, Barrell Rum Batch 001 $US60 (about $A80), is crafted and bottled at cask strength (134.73 proof) in Kentucky. Minnick calls this rum a "hidden gem just waiting to be discovered." This lightly golden spirit boasts salty sea breeze and coconut on the nose. Vibrant flavours abound, from marzipan to plum pudding to orange peel, it is rounded out with hints of green apple, pecan, and pepper. The finish is long with tropical notes on the palate and a menthol tingle on the lips. "This is the best American rum being made right now," says Minnick of the only single estate rum in the country, Richland Rum Single Estate Old Georgia Rum, $US65 (about $A85). Richland grows and processes heirloom Georgia Red sugar cane on its 690-hectare estate in Stewart County. It's first distilled in copper pot stills and then aged for four years in one single charred Wisconsin white oak barrel, of which rum-maker Erik Vonk proudly proclaims that no two barrels are the same. Minnick describes the rum as "a caramel bomb" with hints of chocolate, tobacco, and hazelnut. Phraya (pronounced _prai-ah_) is a Thai word meaning "of higher rank," an apt description for this smooth and creamy rum from Nakhom Pathom, site of the first city in Thailand. "This is one of the most special rums I've ever come across," says Minnick, who marvels at Phraya's, $US45 (about $A60) depth and complexity. "It tastes classic, yet contemporary, and certainly holds its own against great rums from more traditional rum-producing regions." J.M. is a small but fast-growing producer of Rhum Agricole in Martinique, eagerly expanding to keep up with global demand; the brand's reputation looms large. " Rhum J.M. Vintage 1999, $US250 (about $A330) is a great recommendation for a Scotch drinker, as it has a lot of the same wonderful earthy qualities of fine single malt," says Minnick. On the nose you get toffee, baking spices and charred oak. The palate's treated to a panoply of pleasantries, from sweet cola flavour to black peppercorn. Bottled at cask strength, it's rum that's got plenty of bite and barks like a big dog. "At the risk of sounding like a superfan, this is the world's best rum distillery," says Minnick, who compares the mystique of this Barbados producer to that of rarefied whiskey maker Pappy Van Winkle. Foursquare Rum Distillery's Criterion, $US90 (about $A120) is layered in dried fruit, caramel, white pepper, apple pie, molasses, cinnamon cookies, and Mexican chocolate. It has an impeccably smooth finish that just doesn't quit. Adds Minnick, "Should you ever come across Foursquare Criterion in a store, I advise you to buy every bottle you see." This iconic rum from the Dominican Republic spends up to 8 years resting in American oak bourbon casks, followed by a second maturation of up to 6 years in European oak first-fill Spanish sherry casks. " Brugal 1888, $US40 (about $A50) is a solid sipper with hints of tobacco, fruit, oak, chocolate, and a hint of maple syrup," says Minnick. "It's easy-drinking, with a lighter flavour profile than you might expect from a rum that spent as much time as this one has in wood."