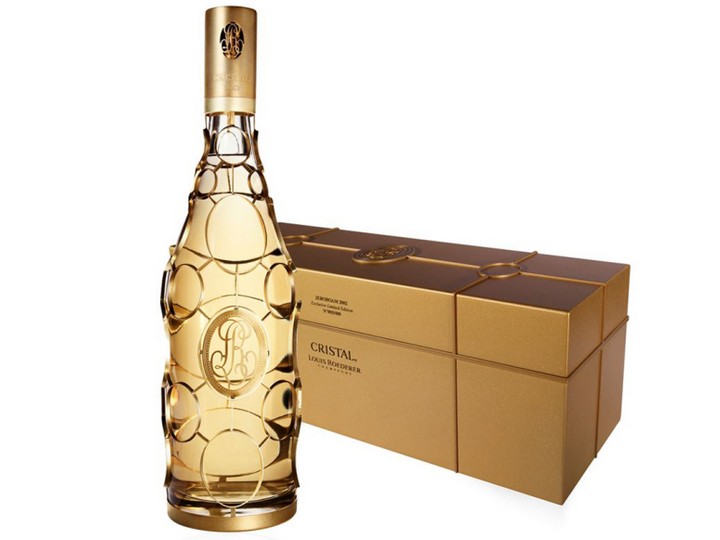 Five rare and special champagnes to toast the New Year

Perhaps you want to begin 2018 with a taste of the sublime. Or maybe you just want to bring a bottle to the party that somebody else won’t be bringing.

Perhaps you want to begin 2018 with a taste of the sublime. Or maybe you just want to bring a bottle to the party that somebody else won’t be bringing. We have you covered. These five Champagnes, from the most prestigious producers in the region, are rarer and more prized than even the better-known tête de cuvées. Each is available in only a few shops, so be prepared to expend some effort (and serious money). Simple supply and demand have made Krug 1998 Clos d’Ambonnay (about US$2000 or $A2550) the most expensive current-release Champagne on the market. Clos d’Ambonnay is the smallest production Champagne made by Krug, using 100 percent Pinot Noir grapes from the house’s most desirable vineyard. The 1.68-acre walled parcel in the village of Ambonnay produces fewer than 4000 bottles of this bold Champagne per year — a minuscule amount given the worldwide thirst for premium bubbles, and the enhanced desirability that comes with a single vineyard, single grape variety, and single vintage. (krug.com) The name of this wine, Bollinger 2005 Vieilles Vignes Françaises (US$795 or $A1000), means “old French vines” and refers to the method of grape growing: In the village of Aÿ, Pinot Noir vineyards are tightly planted with ungrafted vines that are more than 100 years old. Each is meticulously tended by hand and vertically trained on poles, yielding a much smaller crop. The Champagne is aged in barrels by the 185-year-old family-owned company — one of the last major houses to retain independent ownership. (champagne-bollinger.com) Jacques Selosse 2005 Blanc de Blancs Grand Cru Millésime (US$550 or $A700) is an insider’s choice, from a grower-producer of Champagne that has a prestige rivaling that of the great houses. Anselme Selosse is a visionary winemaker who studied in Burgundy with legends including Jean-François Coche and Dominique Lafon. His Grand Cru Champagne, made with 100 percent Chardonnay grown in the village of Avize, is the most collectible of all grower-producer Champagnes — if not all Champagnes, period. (Imported by Rare Wine Co, rarewineco.com) P2 rosés — the library bottlings that were previously called Oenothèque rosés — are widely considered the best rosé Champagnes in the world. They spend more than a decade aging on lees in Dom’s reserve cellars, until a vintage is deemed worthy of re-release. Made of primarily Pinot Noir, with a small addition of Chardonnay, the Dom Pérignon 1995 P2 Plentitude Plénitude Rosé (US$730 or $930) is rich yet finely wrought, and intensely memorable. (domperignon.com) This straw-coloUred bubbly from Louis Roederer is striking enough in a clear glass bottle, but a limited-edition, 3-litre jeroboam adds designer Philippe Di Méo’s intricate 24-karat-gold latticework to make it more of a collector’s piece (US$25,500 or $A32,600). The 2002 Cristal — about 40 percent Chardonnay and 60 percent Pinot Noir — has been hailed as exceptional vintage with strong aging potential. Roederer plans to release unadorned jeroboams of the 2002 in the future. (louis-roederer.com)