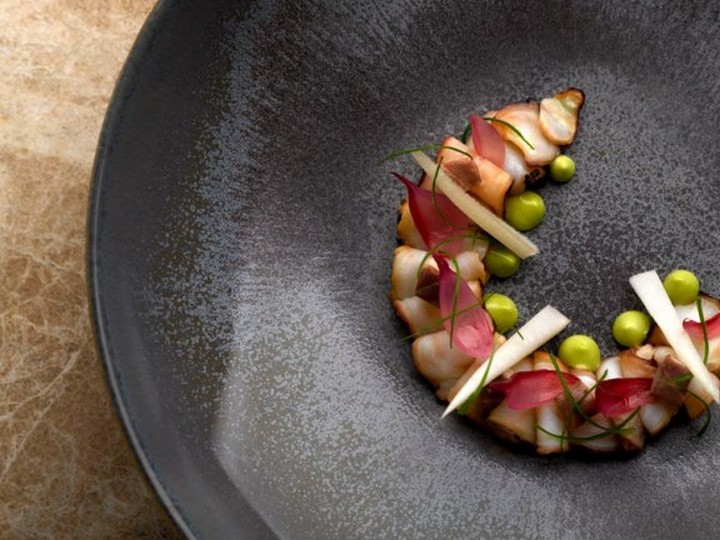 Five of the most innovative restaurants in Singapore

Emerging young chefs in fine dining are cooking up new innovations in a culture known for its incredible street food.

Singaporeans will proudly declare that eating is their favorite national pastime. And while most people wax lyrical the country’s world-renowned, Bourdain-approved street food, there are a number of innovative, thoughtful fine-dining establishments that have been attracting similar gastro fervor.

Ambitious foreign chefs as well as homegrown talents have carved out an haute cuisine niche in this voracious island nation. Armed with impressive résumés, these five young chefs have combined their classic French training with vibrant Asian ingredients to deliver an upscale East-meets-West dining experience. Home to the world’s largest Southeast Asian art collection, the National Gallery Singapore at the old Supreme Court and City Hall is an apt location for 34-year-old chef Julien Royer to showcase his culinary artistry.

Since opening in 2015, the highly anticipated Odette quickly earned accolades with its multicourse modern French dishes resembling whimsical paintings that tickle all the senses. Royer’s signature 55-degree pine-smoked organic eggs arrive on an egg tray placed on top of wafting dry ice, while his sculptural Trombetta zucchini exudes the sensuality of a Georgia O’Keeffe piece. Verdant foliage surrounds the Corner House, a 1910 black-and-white colonial bungalow tucked inside the Singapore Botanic Gardens — a UNESCO World Heritage Site that’s more than 150 years old. Drawing inspiration from the lush backdrop, chef Jason Tan, 35, executes his contemporary “gastro-botanica” menu, where vegetables, herbs, and fruit share center stage with scallops from Hokkaido, organic lamb from the U.K., and Jamón Ibérico from Spain. While the majority of his dishes are modern French, guests will sometimes find elevated versions of local favorites such as oyster omelet and kaya (coconut jam) toast on the menu. Even though Whitegrass is a relative newbie in the Singapore culinary scene, sophisticated foodies were already familiar with chef-owner Sam Aisbett, 34, who made a name for himself at two of Australia’s best restaurants: Quay and Tetsuya’s. Known for his meticulous precision, Aisbett has an interpretation of modern Australian fine dining that includes Japanese technique, locally sourced produce, and native ingredients flown in from the land down under. Taiwan-born chef André Chiang, 41, was destined for stardom when, at age 15, he was offered a job by Jacques and Laurent Pourcel at the esteemed three-Michelin-starred Le Jardin des Sens in France. He worked his way up to head chef before moving on to other French luminaries, including Joël Robuchon and Michel Troisgros.

Today, his 30-seat namesake restaurant André inside an elegant 1930s shop house stays true to his Southern French nouvelle cuisine roots. Be prepared to be surprised. The mysterious menu is parsed in eight culinary principles — pure, salt, artisan, south, texture, unique, memory, and terroir — without any indication of what each dish could be. However, count on seeing at least one of André’s signature dishes: a warm foie gras jelly with Périgord truffle coulis. Les Amis’ nondescript façade on the ground floor of a retail mall is deceptively plain, but the food here is creative and nuanced. Opened in 1994, Les Amis is one of the pioneers of Singapore’s gastronomy scene. In 2012, the restaurant recruited Joël Robuchon protégé Sebastien Lepinoy to helm the kitchen. Lepinoy did not disappoint with his Asian-influenced French menu, which might include an umami-laden cold angel hair pasta with French caviar and seaweed. Continuing Les Amis’ tradition of sourcing only the finest ingredients, even humble items like butter, olive oil, tomatoes, and raspberries are flown in from exotic French locales — from Le Guilvinec to the Loire Valley.