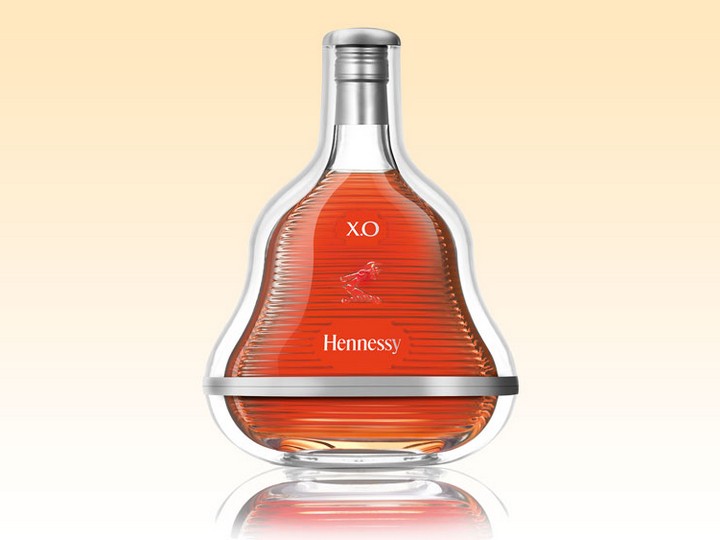 Five of the best Cognacs bottled this year

Bearing bouquets and flavours more comparable to whisky than wine, a fine Cognac is a drop to be savoured.

Cognac is that rare brown spirit made from grapes rather than grain, and specifically, it is made most typically from the Ugni Blanc varietal. Unlike its French cousins that are bottled as wine, Cognac begins as a white wine but is then distilled twice in copper-pot stills to become eau de vie, which extends its life — both in the barrel and in the decanter — and imparts bouquets and flavours more comparable to whisky than to wine.

The tradition of distilling wine into Cognac began with the Dutch in the 1500s, who sought superior ways to preserve the wine they wished to transport from France to their own country. Cognac is technically a brandy, a distilled wine, and can only be considered a Cognac if its grapes are grown and the spirit is distilled in one of five designated appellations, and under strict regulations.

Here we offer up five special Cognacs released this year. Few people in the spirits industry command quite as much respect as Yann Fillioux, who spent the better part of his life creating liquid gold at Hennessy, the world’s largest Cognac producer. After 50 years on the job, Fillioux stepped down as Hennessy’s master blender in July and entrusted that duty to his nephew, Renaud Fillioux du Gironde. Ever the gentleman, however, he left us a parting gift.

Master Blender’s Selection N°2 (US$92 ($A117)) is Fillioux’s swan song, and a symphonious one at that. This is a true single-batch — blended but once and bottled at cask strength (43 percent ABV). The folks at Maison Hennessy have vowed that this limited release will never be replicated.

Each eau de vie in the Master Blender’s Selection N°2 blend is at least 10 years old and spent a year and a half resting in young French oak before undergoing additional seasoning in older barrels. Its fragrance foretells a vibrant spirit that is sweet and spicy. A host of varied flavours are at play on the palate, from honeysuckle to white pepper to dried fig. Notes of cinnamon and coconut reveal themselves as well. Just as he has done for half a century, Fillioux made certain that all the elements in this Cognac are in harmony, from nose to finish.

The bottle’s unique label depicts a surrealistic urban dreamscape and was designed by Paris-born illustrator Ugo Gattoni. Master Blender’s Selection N°2 will be available exclusively in the United States beginning October 2 and will appear on shelves by October 25. D’ussé is probably best known for its gorgeous bottle — featuring the Cross of Lorraine emblazoned in gold — and its part-owner, a certain Mr. Shawn Carter, aka Jay-Z. But considering the brand launched only in 2012, what goes in the bottle has a distinguished, centuries-old pedigree. It is blended from eau de vie aged at the Chateau de Cognac, which has been around since the 1790s; cellar master Michel Casavecchia has been blending Cognacs at the Chateau for more than two decades. D’ussé XO (US$230 ($A292)), his most recent creation, is aged for at least 10 years in French oak. It is rich and elegant, with notes of blackberry preserves mingling with toasted wood and bitter chocolate. The finish is long, dry, and very smooth. D’ussé’s VSOP, aged for 4.5 years, is on the brighter, fruitier side. A handsome flask-sized bottle (200 mL, US$15 ($A19)) makes a perfect goody-bag stuffer. Hennessy has been adding a new artistic edge to its impressive Cognac offerings this year. Last month, the brand unveiled in its Founder’s Cellar a commissioned modern-art installation in honor of the creation of Paradis Imperial, one of the brand’s most special spirits. This summer, the maison partnered with artist JonOne on a paint-splashed label and paint-can packaging for its VSOP, and it rolled out a sleek new decanter for its more premium, extra-old offering, Hennessy X.O. 2017 limited edition (US$200 ($A254)), created in partnership with the acclaimed designer Marc Newson.

For this project, Australian native Newson took the traditional bottle down to its purest form and then layered a series of striations up the sides of the bottle, akin to the rings and layers seen on a topographic map — perhaps even a map of the hilly French countryside where the grapes used in the Cognac are grown. “Straight lines seemed to me a more modern interpretation of what already existed,” Newson says. “The stripes emphasise the strength of the decanter’s shape.” Indeed, even the external “box” the Cognac is presented in emphasises that shape in a clear plastic molded in the shape of the bottle. This is the second project for which Newson has partnered with Hennessy; in 2015, he designed the decanter for James Hennessy Cognac.

The extra-old spirit within the new bottle remains unchanged from its 1870 recipe, with its rich notes of fig, dried fruits, honey, and gingerbread spice. Cognac is most often a blend of eau de vie, sometimes as many as 1,200 of them. But Hine offers a collection of single-estate and single-vintage Cognacs from its vineyards in Grande Champagne, considered the best terroir in the growing region. This year, it released Bonneuil 2006 (US$140 ($A178)), from just 19 casks. Made from solely Ugni Blanc grapes, the bouquet smells of honey and nougat and tastes of floral stone fruits. “[The year] 2006 was an exciting year for weather in the Cognac region,” says Hine’s cellar master Eric Forget. “Hot periods were immediately followed by heavy rain and storms before stabilising just in time for the harvest period. The year’s volatile weather patterns resulted in an extraordinary Cognac — one rich with dominant fruit notes and delicate hints of toasted bread.” It can seem that the techniques used to create a Cognac — from distilling to aging to blending — have been written in stone, unchanged since the first bottles were produced. In the 19th century, however, before the phylloxera epidemic that ravaged most of the vineyards in France, Cognac producers were more open to experimentation. Double maturation — a technique in which Cognac is aged in French Limousin oak, blended, and then further aged in casks that previously held different spirits — is widely used today for whisky, but it hasn’t been employed for Cognac since the 1800s.

That has recently changed thanks to Alexandre Gabriel, the producer and master blender for Maison Ferrand. His latest release, Pierre-Ferrand Reserve Double Cask (US$80 ($A100)), was named best cognac at the 2017 Ultimate Spirits Challenge, receiving an almost perfect score of 98. It consists of 7- to 10-year-old Cognacs aged in seven different cellars varying in humidity, which affects their final flavour. These are then blended with 20-year-old Cognac. Finally, Gabriel ages the blend for another year in casks that formerly contained Banyuls, a sweet fortified wine that has been made in France for centuries. The final product is bottled at 84.6 proof, slightly higher than most Cognacs. The Banyuls casks impart notes of citrus, raisins, and plums, with a touch of spice and a long, smooth finish. It’s a terrific after-dinner sipper, especially when paired with a cheese course. Its fruity profile also provides a nice change of pace in cocktails that were originally formulated with Cognac in mind, such as the Sazerac or the mint julep. And as a time machine in a bottle, it is a fascinating lesson on how Cognac used to taste in its “golden age.”