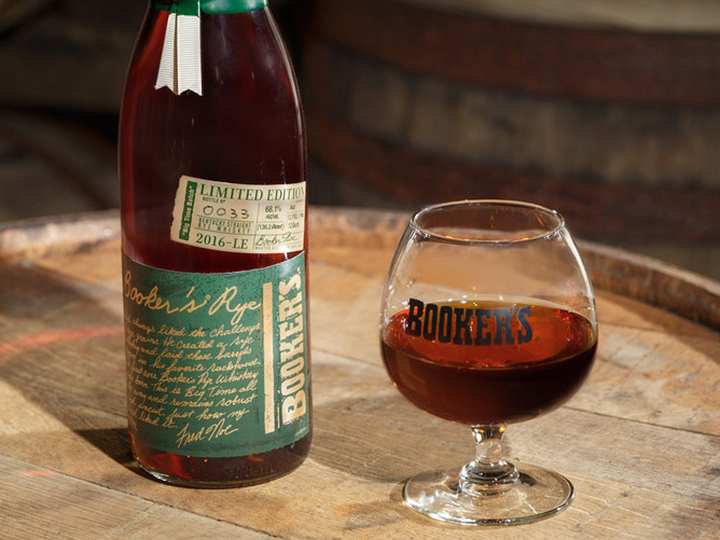 Five award-winning whiskies only lots of money will buy

Nothing drives up the price of your favourite whisky faster than demand, and nothing powers demand quite so well as winning a major award.

Nothing drives up the price of your favourite whisky faster than demand, and nothing powers demand quite so well as winning a major award.

When one of the world’s foremost whisky experts, Jim Murray, describes your product as having a ‘brain-draining, mind-blowing’ nose with a finish of ‘amazing depth’ and pronounces it the Jim Murray Whisky Bible’s 2017 World Whisky of the Year, stand back.

That honour bestowed upon Booker’s Rye 13 Year Old drove it off the shelves – where it retailed in already limited numbers for $US300 (about $A395) – and onto auction sites where at least one bottle is being offered for £1200 (about $A2020) on Amazon UK.

It’s one among several award winners that have become instant trophies for collectors and aficionados alike, sending prices through the roof. Here are five examples of the breed.

Barreled as a small batch late in the life of Beam family distiller Booker Noe, it quickly became known as one of his greatest – and last – experiments, featuring a unique rye mash bill that was unfiltered and uncut, resulting in fewer than 100 barrels of the finished product.

Jim Murray described it as a ‘staggering example of a magnificent rye showing exactly what genius in terms of whiskey actually means’, and awarded it 97.5 out of 100 points. Tasmania hit the world whisky map in 2014 when the relatively unknown Sullivans Cove distillery picked up one of the whisky world’s top honours, named the best single malt at the World Whiskies Awards.

Only 516 bottles of French Oak Cask were drawn from the winning barrel, No. 525. Prices instantly soared into the high hundreds for 525-numbered bottles, while the tiny distillery and a number of other boutique Tasmanian distilleries were ravaged for stock in a frenzy that has made Tasmanian whisky hard to source ever since. The wave of demand that struck Tasmania was next visited upon Japan. As that country’s distilleries began to rise to prominence on the back of a worldwide marketing campaign, the local industry struck gold in 2015 with a nod from Jim Murray who deemed Yamazaki Sherry Cask 2013 the world’s best.

Prior to that point it had been selling as a premium whisky for around $A450, but the win drove such demand that bottles are able to be found in a number of secondary markets selling for more than
$5000. Only 5000 bottles were produced and fewer than 250 offered for sale in Australia. Japanese whisky remains at the height of demand and shows no sign of slowing down with another major win in 2017, this time the proclamation of the World Whiskies Awards that Chichibu Whisky Festival 2016 was the “world’s best single cask single malt”. Whisky collectors have long memories and the after-effects from an award win can last for many years. William Larue Weller Bourbon was deemed by Jim Murray to be the runner-up in the World Whisky of the Year awards of 2013, yet it remains extremely difficult to locate.

The awarded whiskey was originally offered for $US350 (about $460) but is now attracting prices in excess of $1300.