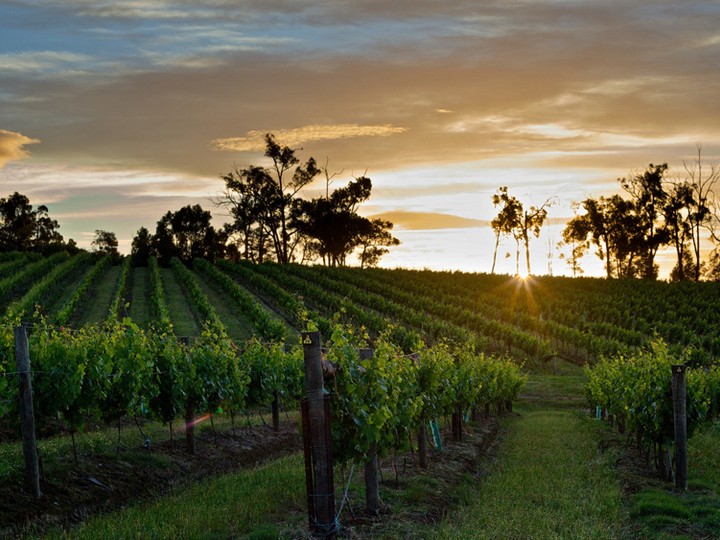 Australian wine has changed. Here’s why

A movement among the country’s winemakers has been characterised as nothing less than a “revolution”.

Australia is getting hot again, but not because of those big, bold, in-your-face Shirazes we all learned to love in the 1990s. Lately, there’s been a movement among the country’s winemakers — characterised as nothing less than a “revolution” by Aussie wine critic Mike Bennie — that involves neutral oak barrels, picking grapes earlier, and growing them on cooler sites. The wines that result are an about-face in style from the traditional old trophies; they’re brighter, elegant, alive with natural acidity, and have a clear sense of place.

These are wines you want to drink, not just collect. To get an idea of what’s happening, here are nine of the most exciting bottles, hailing from the Hunter Valley to Tasmania, the Yarra Valley to the Macedon Ranges. Nearly all are small producers, but the cutting edge also includes some of the country’s most historic producers that have been making wine in this style for more than 100 years. Semillon, best known as the grape in sweet Sauternes or part of the Bordeaux Blanc blend, takes on a different character in Australia. Particularly in the Hunter Valley north of Sydney, it becomes an intensely delicious dry white wine, with round, waxy flavors and citrusy, floral aromas. Tyrrell’s 2011 Vat 1 Hunter Semillon (US$55 ($A68)), made by a family-owned winery established in 1858, uses grapes from two of the estate’s best blocks and is planted with own-rooted vines going back to 1923. After just 5 years, this classic Aussie Semillon has tremendous complexity and length. Imagine it in 20. The Mornington Peninsula, south of Melbourne, is one of Australia’s leading sources for cool-climate Pinot Noir — wines with focused flavors, good acidity, and vivid color. Winemaker Mike Aylward’s experience at his family’s former winery, Kooyong, and subsequent work in Burgundy show in Ocean Eight 2013 Pinot Noir (US$49 ($A60)), an elegant, Burgundian wine with high-toned fruit flavors and hints of iron and earth. Unfiltered, unrefined, and young, it drinks well, though it can have a barnyard funk straight from the bottle. Give it a few minutes in the glass or decanter. Jasper Hill was the first producer to use biodynamic techniques in Heathcote (the region north of Melbourne), and its Jasper Hill 2014 Shiraz Georgia’s Paddock (US$85 ($A105)) is considered one of most prominent wines in Australia’s new wave — no matter that the winery has been around since 1975. This Shiraz employs minimally invasive winemaking: no yeast, no nutrition, and natural fermentation. But unlike most so-called natural wines, it is aged in French and American oak barrels; the result is polished and full-bodied, with a touch of wildness that defines Heathcote. Just get over the idea of a screw-top on a bottle at this price. The Innocent Bystander 2016 Pinot Noir may be just US$20 ($A25), but don’t equate it with the supermarket Aussie bottles selling for about the same price. This was the No. 1 Yarra Valley wine in the 2017 Australia Pinot Noir Challenge, and it’s made by Phil Sexton, the winemaker behind the higher-priced Giant Steps label (a wine that Innocent Bystander also beat at the Challenge). Last year, Sexton sold Innocent Bystander to Brown Brothers, the Australian wine behemoth, which is expected to continue using Sexton’s grape sources and winemaking style: hand-picked fruit, natural fermentation, and a 4-month stint in French oak. The Shire of Macedon Ranges, a windy mountainous region in the center of Victoria, is nearly unknown to U.S. wine drinkers; if they are familiar with it at all, it may be because it contains Hanging Rock, the location of the 1975 Peter Weir film, Picnic at Hanging Rock. This fledgling wine region is on the frostier side of the cool-climate areas, making small-production, high-quality bottles such as Bindi 2015 Chardonnay Kostas Rind (US$73 ($A90)). The 27-year-old vines produced a classic Chardonnay: balanced and expressive with stone fruit and citrus flavors, and expected to cellar for more than a decade. The rugged island of Tasmania, off the country’s southern coast, has lately come into its own as a producer of serious food and wine. Dalrymple 2014 Estate Pinot Noir (US$35 ($A45)), made in the Pipers River region in the northeast, is among Tassie’s impressive bottles. Winemaker Peter Caldwell was born on the island to a family of sheep farmers, but he left to study winemaking in Burgundy, Bordeaux, California, and New Zealand.

There is a strong sense of place in his wine, and this one is a nearly perfect example of cool-climate Pinot Noir, with persistent cherry and dark berry flavors, bright fruit, and hints of rhubarb and cloves. The Eden Valley — which runs parallel to the more famous Barossa Valley — is among the cooler regions in South Australia. Henschke is one of Australia’s legendary wine families, and the Henschke 2014 Mount Edelstone Shiraz (US$169 ($A210)) is made from a single vineyard planted 105 years ago by a descendent of George Fife Angas, one of the founders of South Australia. The wine has all the hallmarks of a great Shiraz: rich, full-bodied, and powerful, with as much complexity as you care to look for (dark berries, soil, Chinese five spice, herbal tones, and more). More than fulfilling upon release, it should become extraordinary with age. Global Riesling expert John Haeger calls winemaker Jeffrey Grosset “among the most influential” in Australia. Grosset 2016 Polish Hill Riesling (US$47 ($A48)), made in the Clare Valley north of Adelaide, is the estate’s top-tier wine and arguably the greatest Riesling in Australia; it’s alive with acidity, minerality, and citrus aromas. Grapes are organically grown on the rocky Polish Hill site, hand-pruned, and hand-harvested. The vines produce such low yields that only about two bottles result from each one. Dr. Bailey Carrodus was the André Tchelistcheff of the Yarra Valley, the hilly region north of Melbourne. He planted his vineyards with Bordeaux, Burgundy, and Rhône varieties in 1969 and released his first vintage in 1973. Today, the Yarra Yering 2010 Dry Red No. 1 (US$82 ($A102)) is made with fruit from those original plantings — a blend of Cabernet Sauvignon, Merlot, Malbec, and Petit Verdot — all own-rooted, unirrigated, and hand-picked. Winemaker Sarah Crowe, named 2017’s Winemaker of the Year by the Australian critic James Halliday, emphasizes the fruit a little more than Carrodus did and adds a hint of European funk.