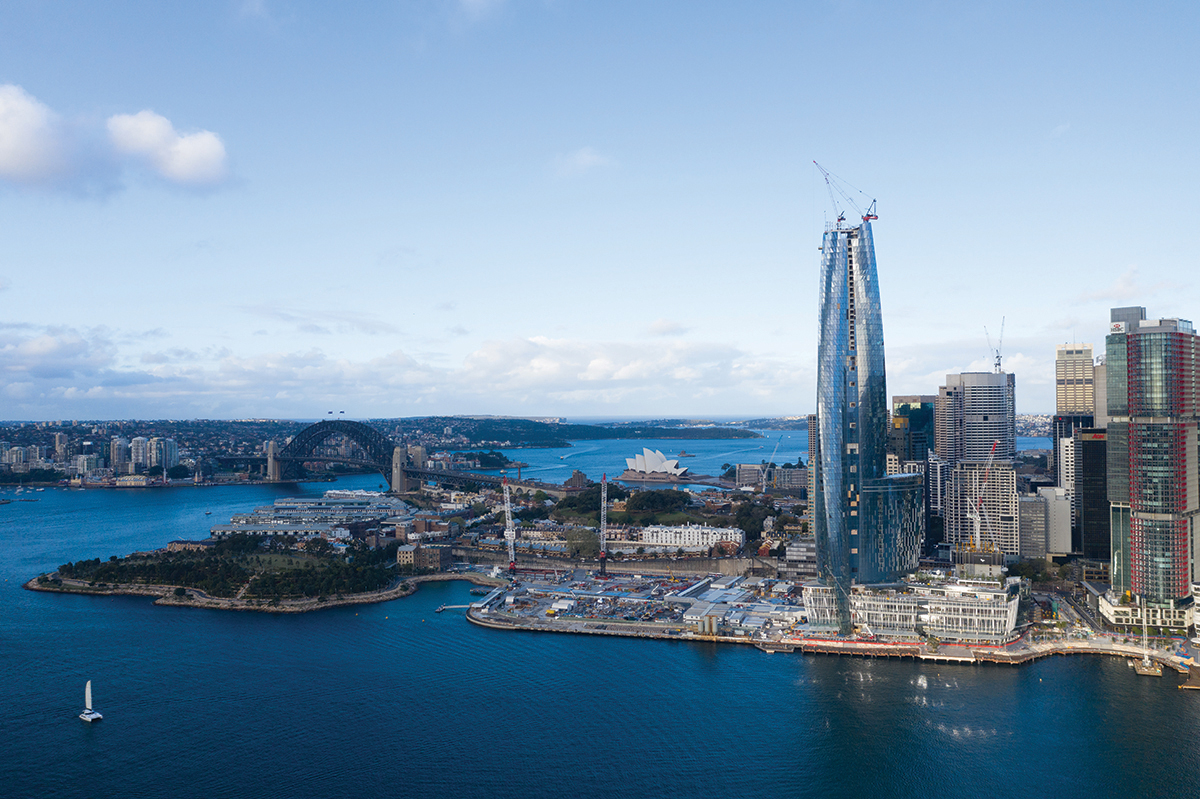 Safe as houses. It may be a dusty Australian adage, an ingrained cultural motto long espoused along both coasts (and most places in between), but it’s also framed by fact, especially when looking beyond the ‘burbs to the country’s ascendent prime-property market.

In a time of unprecedented uncertainty due to the economic impacts of COVID-19, coupled with the federal government’s confirmation of a recession, the smart money is still banking on housing—that is, prestige, blue-blue-chip real estate.

Recent research conducted by Knight Frank posts to Sydney’s watery appeal and a super-prime residential market that, in the first half of the year, continued to hold solid allure—15 properties sold for a total of at least $214.5 million.

Further to this, the Harbour City was one of only two markets to improve in the $35.8 million-plus segment when compared to 11 other key global markets—inclusive of the usually dominant Hong Kong, London, Los Angeles and Geneva.

While volumes declined as the pandemic took hold between March and June, average values did not follow suit, with Sydney enjoying a 33 per cent rise from $18 million to $25 million and outperforming the global average by 18 per cent.

“You almost have to treat the eastern suburbs [of Sydney] like a different country,” explains Ken Jacobs of Christie’s International Real Estate. “The kind of prices that waterfront homes command in Sydney’s east aren’t like anything else in the country, so you can’t treat that like the rest of the residential market.”

Jacobs openly claims his team had its best winter ever, boosted by the impressive sale of 31 Coolong Road, Vaucluse—valued in “the high thirties”.

For Crown Residences One Barangaroo partner Erin van Tuil, that continued elevation in price is part of Sydney’s fundamentals as a city. The waterfront is tightly held and central to rising numbers attached to prime, super-prime and ultra-prime pricing—and the seemingly impenetrable strength of this heightened segment. “Sydney is a fantastic city— the weather, the lifestyle, the harbour, exceptional health care and how we’ve come out of COVID-19 will all be looked at as positives,” explains van Tuil. “And our research report released last year on waterfront property showed that Sydney Harbour properties command the highest uplift globally, as there’s only so much stock.”

Crown Residences One Barangaroo boasts 12 transactions over $20 million to date—and a total in the region of $650 million. “It’s the shortage of harbourside stock and the lifestyle aspect of how our apartments are able to be lived in, how spacious they are, their access to amenities as well as living in a city like Sydney,” adds van Tuil. “At Crown Residences we’ve had an uptick of 175 per cent in enquiries when comparing H1 2019 to H1 2020.”

“I think the luxury property market right now is probably the best I’ve ever seen it,” states Pallier, citing low interest rates, diminished returns and confidence in other areas of investment such as the stock markets, and a shortage of property listings as central to the surge.

“If you want a waterfront residence in Sydney right now there’s not a lot of options. These are generational properties, people hold onto them and there’s that sense of urgency as if you don’t get the one you want now, you maybe never will.”

It’s a sentiment shared by Ken Jacobs. “When you’re talking about residential real estate it’s very emotional and I think that’s what we are seeing at the moment.”

Beyond Sydney, Perth and the Gold Coast have seen values rise across Q2 of this year. The Knight Frank Prime Global Index reported that Perth’s top five per cent experienced the third-largest price gains in the world during the second quarter, behind Cape Town and Vancouver. Elsewhere, The Gold Coast showed strength—given testing external conditions—with a 1.2 per cent rise in prestige-home values (including the record-breaking $25 million sale of an oceanfront Mermaid Beach pad) which overshadows Sydney’s 0.3 per cent rise.

“We reached the bottom of our property cycle,” says Fewster. “But then our pristine environment, climate, position to Asia in terms of time zone and how, as a state, we’ve managed the pandemic, have all made people view Perth as a great place to live.”

While the city remains removed, Fewster notes the demand for waterfront property is universal. “Homes in Perth show good value, but there’s still that scarcity element, because Perth is so flat, there are view properties with truly great views and
those will always be in great demand.”

As for the continued strength of the Australian market, Jacobs believes recent figures will foster underlying confidence. “The top end of the market won’t be affected like the rest—as a whole, Australia looks pretty good at the moment.”