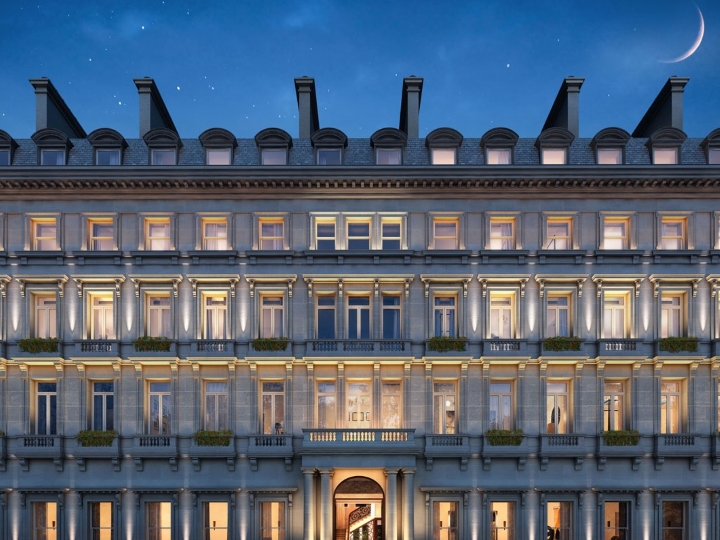 The Queen for a neighbour? As you wish, sir

A historic building next to Buckingham Palace and the Queen’s Gallery will be turned into a private residential structure that will house 72 luxurious flats.

English buyers will soon have a once-in-a-lifetime opportunity to live near the Queen herself. London-based developer Northacre is turning a historic building next to Buckingham Palace and the Queen’s Gallery into a private residential structure that will house 72 bespoke flats, giving residents the chance to live in one of the city’s most iconic neighborhoods. Built in 1861 and located in St James Park, the Grade II listed landmark originally served as a hotel for guests of Queen Victoria. Each apartment features a bespoke, one-of-a-kind look and layout planned by Northacre’s interior design division, N Studio. Original fireplaces and restored period features such as cornicing and skirting preserve the building’s architecturally significant heritage, while state-of-the-art technology ensures residents will have everything they need at their fingertips. Solid-oak floors, oversized doors, and 15-foot ceilings create spaces that are both sophisticated and homey. Onsite amenities include a 2000-square-foot gym with two personal training studios and a 65-foot indoor swimming pool. A wood-paneled meeting room can be transformed into a formal dining room for private parties, and a cozy library with a fireplace and built-in bookshelves is a welcome sanctuary. The 24-hour concierge team can handle everything from restaurant reservations and theater tickets to housekeeping and dry cleaning. A valet service and personal Bentley chauffer service is also available to transport residents to and from activities in style. During King James I’s reign, the surrounding land was an aviary for exotic birds; once renovated, the grounds will include a serene courtyard garden.

The residences, which are being sold furnished, are priced from around $A29.4 million. Eighteen flats are still on the market.