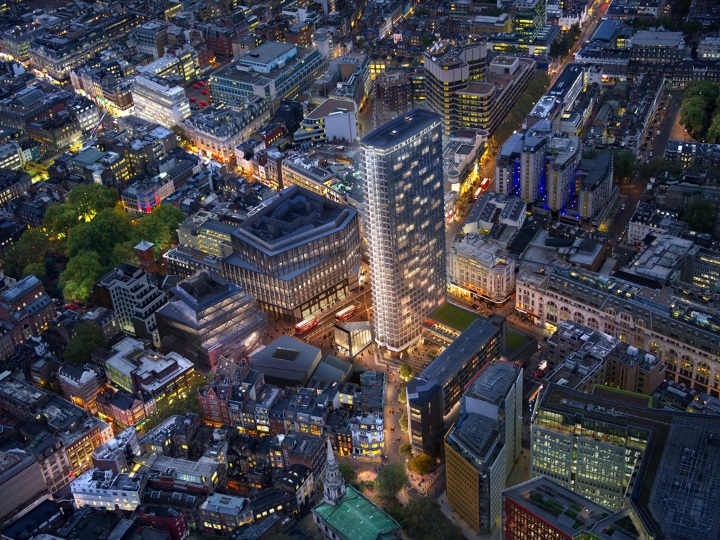 Built in 1966, the 34-story Centre Point building gained acclaim as one of London's very first skyscrapers. The Grade II listed structure — which is located near Covent Garden and Soho in London's West End — is now being reimagined as a luxurious residential community by local development company Almacantar. Slated to open this fall, the ritzy residential tower will feature 82 one- to five-bedroom units. The capstone will be a 670-square-metre duplex penthouse that offers sweeping views of Buckingham Palace and the West End.

The five-bedroom, seven-bathroom residence is adorned with herringbone oak and limestone floors, stained oak panels, and floor-to-ceiling glass windows that overlook the cityscape. Residents will have access to the building's swanky amenities, which include an indoor swimming pool, gym, spa and treatment rooms, and meeting areas. The jaw-dropping penthouse is currently listed for around $US70 million (about $A95 million). (centrepointlondon.com; almacantar.com)