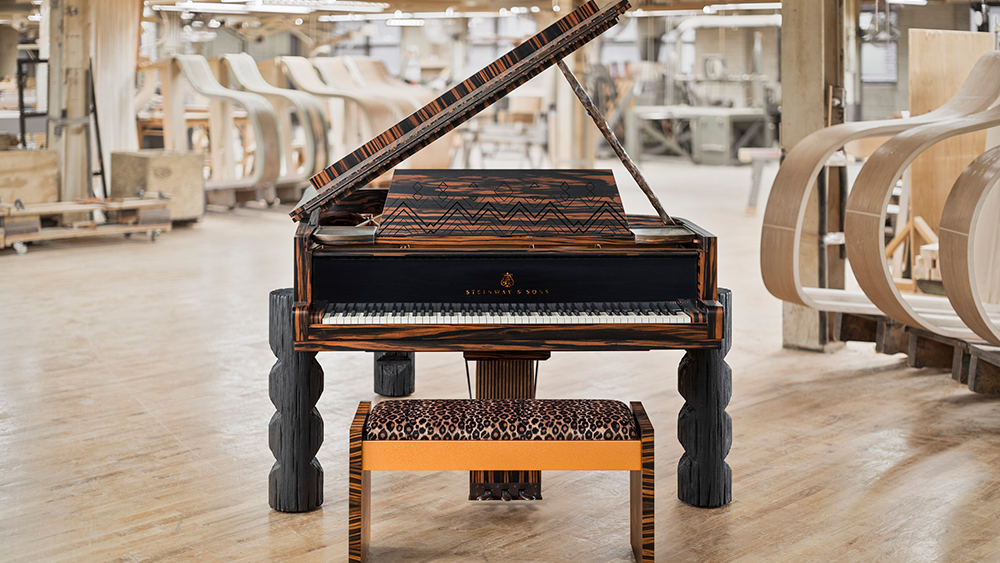 The rocker-turned-designer talks to Robb Report from his Bahamas retreat.

If you picture a Steinway grand piano, it probably has sinuously tapering legs, maybe a curlicue or two, the overall effect one of grace, tradition and elegance. Your mental image probably does not include outsized, hulking, rough-hewn black legs, and a contrastingly glossy, tiger-striped body overlaid with chevrons and zigzags. The difference is Lenny Kravitz.

Two years ago, Steinway invited the multi-award-winning musician, designer, style icon, actor and now writer (he has a memoir out), to design a limited edition of their Model B series. Yet the initial reaction of the venerable piano manufacturer, when Kravitz presented them with his design, was a collective raised eyebrow.

“When Steinway reached out to see if I would design a piano for them, I didn’t have to think about it,” Kravitz told Robb Report from his home in the Bahamas, where he is waiting out the pandemic. “Steinway is Steinway—an institution. It’s superior, it’s iconic. I have an early 1920s Steinway B that is here in the Bahamas, and it’s been on every one of my albums. So I began fantasizing about this piano.” 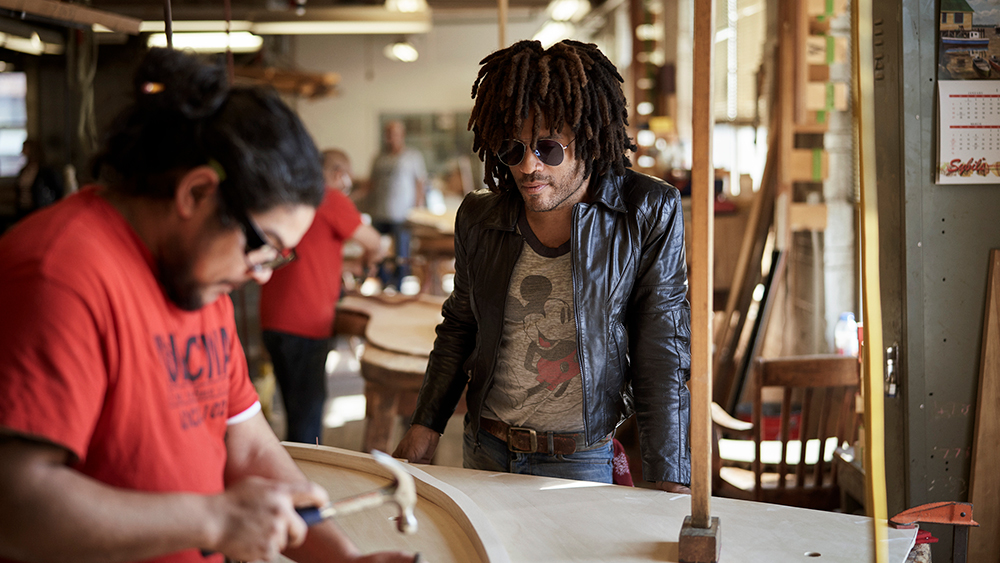 Kravitz let loose his design flamboyance: “I wanted it to be African-influenced, [with] a little bit of Deco, some Brutalist vibes. I started looking at fabric and sculptures, and I found one that inspired the legs. I put all these ideas on mood boards and went into Steinway and presented my idea—and they looked at me…” He giggles. “They said it was interesting but they weren’t really sure if it fit. Then they saw I was passionate and that I wasn’t backing down. I said, ‘I know it’s strange—especially the legs—but I really want to do it.’ And they said OK.”

So Kravitz ensconced himself at the Steinway factory in Astoria, New York, which has been turning out sumptuous pianos for 150 years, nurturing specialist piano-making skills that were once ubiquitous among the immigrant communities of New York, but are now a rarity in the United States. 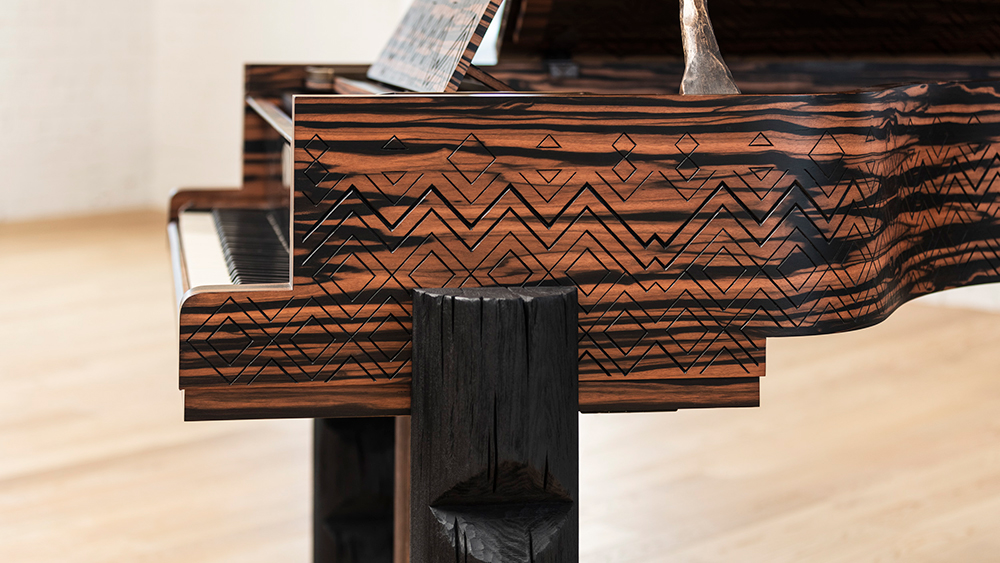 The design is a Kravitz original. Photo: Steinway & Sons

“That factory is like going back in time,” says Kravitz. “I love how for so many people working there their parents and grandparents [also] worked there. It’s been passed down through generations. There’s a wonderful lady who just works on the weight of the keys and how they react. She knows when it’s balanced and has been doing it for years. I loved seeing that discipline.”

The design process, conducted through his company, Kravitz Design, continued throughout his 2018-2019 Raise Vibration tour. In general, Kravitz says, he splits his working life about 60/40 music to design. “When I’m on tour and we have design projects, I work remotely. A colleague will fly out to the tour, and we will work before and after the concerts and on the tour bus, plane, hotel, whatever. And then they will go back and implement.” His other projects currently include private residences in the Bahamas, the Temple hotel project in Detroit and 75 Kenmare, a luxury condo building in New York. 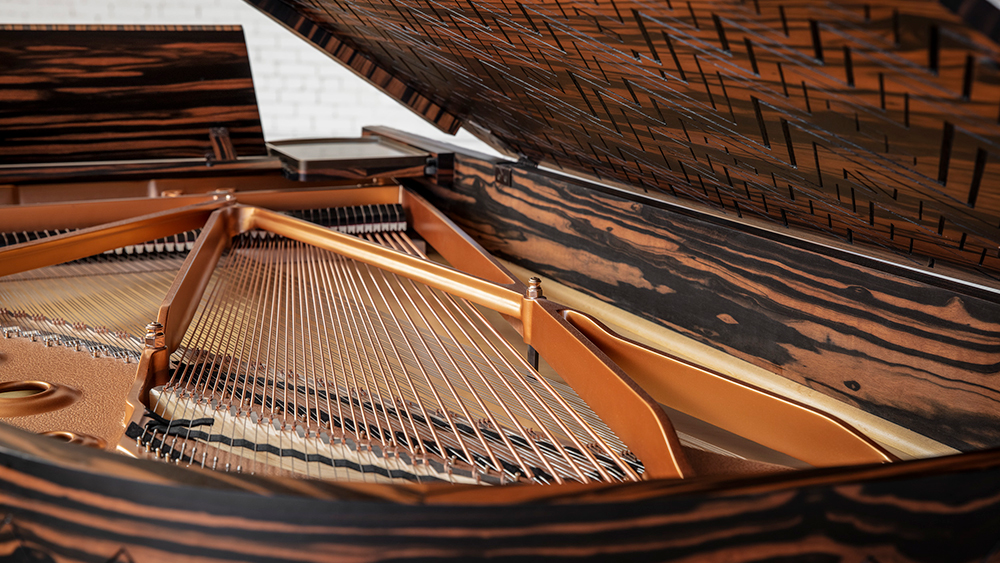 Only 10 of this piano will be made. Photo: Steinway & Sons

The piano, of which only 10 will be made, is one of his most successful design projects to date, he says. “There are things that you do in design where you get close enough to your vision. Then other times you hit it on the nail, and it’s exactly what you envisioned. The people at Steinway did such an amazing job that it exceeded my vision. It could have looked cheap or faux—it looked correct. So I have to say they gave me a gift.”

The Kravitz Grand, as it’s known, is built from 15 layers of hard rock maple and rare Macassar ebony, with hand-carved motifs on the rim and inner lid—the result of more than 200 hours of carving by Steinway artisans. The block-style piano legs are hand-carved in a black ebony finish, while the top stick (which supports the lid) and pedal lyre (which connects the pedals to the body) are cast in solid bronze, the latter weighing more than 18-kilogram alone. The piano, which retails for $920,000, comes with the built-in Spirio digital system, which auto-plays performances of recitals by Steinway’s starry roster of famous pianists. 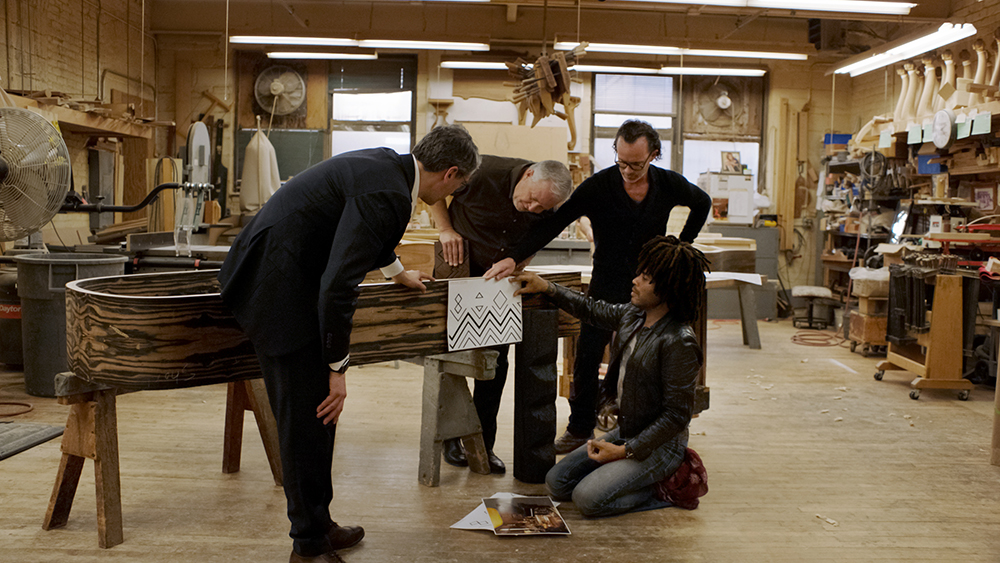 Kravitz hopes the experience of being confined to our homes for months will result in a flowering of interest in learning musical instruments. He himself learned as a child, playing his mother’s spinet piano in their one-bedroom New York apartment. “Growing up, music was there in school,” he says. “You had orchestra and choir and jazz band, and you could take instruments home free of charge.” But, he says, since “we lost all of our funding in public schools in America, kids playing instruments is not a given any more. It’s a luxury now.”

Live music, he says, “is a dying pastime. There used to be so many clubs—now there are fewer people playing instruments because of technology.” Kravitz is heartened by the many young people he sees (and mentors) “playing on Instagram and YouTube that are really talented and very young. There is an attraction to [music] for young people right now, and I think in the next years we will see a big return to the art form. I’m looking forward to some sort of renaissance.” 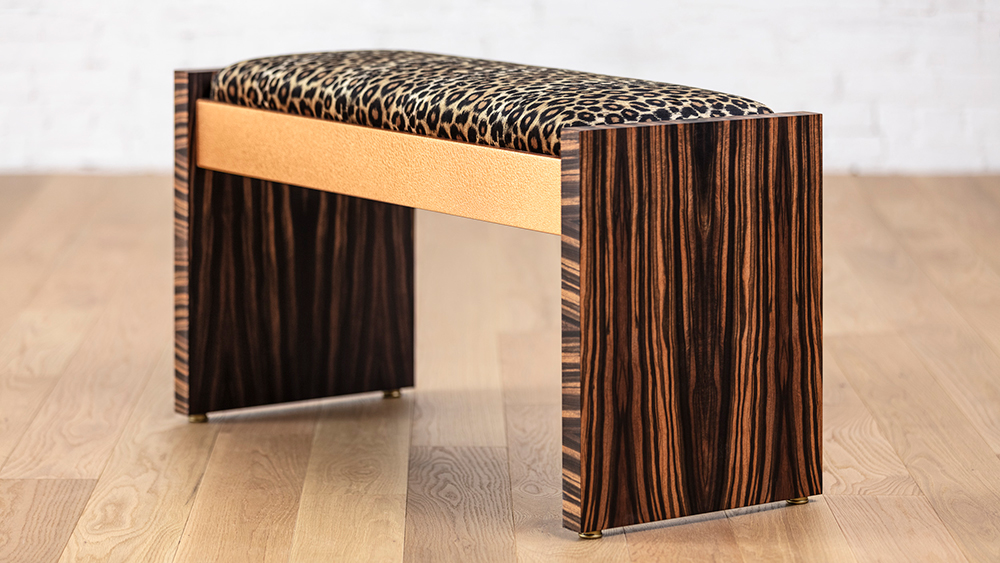 Even the bench has Kravitz’s design touch. Photo: Steinway & Sons